Why NOT to Buy SheIn Clothing

I’ll be honest up front: I have very strong feelings about SheIn clothing. And those feelings are incredibly negative.

The long story short of this blog post about why you should NOT shop SheIn clothing is because they’re a trendy, fast fashion, and often unethical company. SheIn clothing hurts the environment, creates waste, and lacks transparency in their supply chain.

To be honest, my negativity towards SheIn isn’t personal. I’m anti-fast fashion all together. I’m not the Instagram influencer boasting about my latest $8 t-shirt find – because I know exactly what that shirt “cost” (a hit to the environment, poor labor conditions, and likely unfair pay to the garment worker).

It’s 2021. Shouldn’t we all care a little bit more about where our clothing comes from? No matter how great of a deal it is or how cute the trend is? 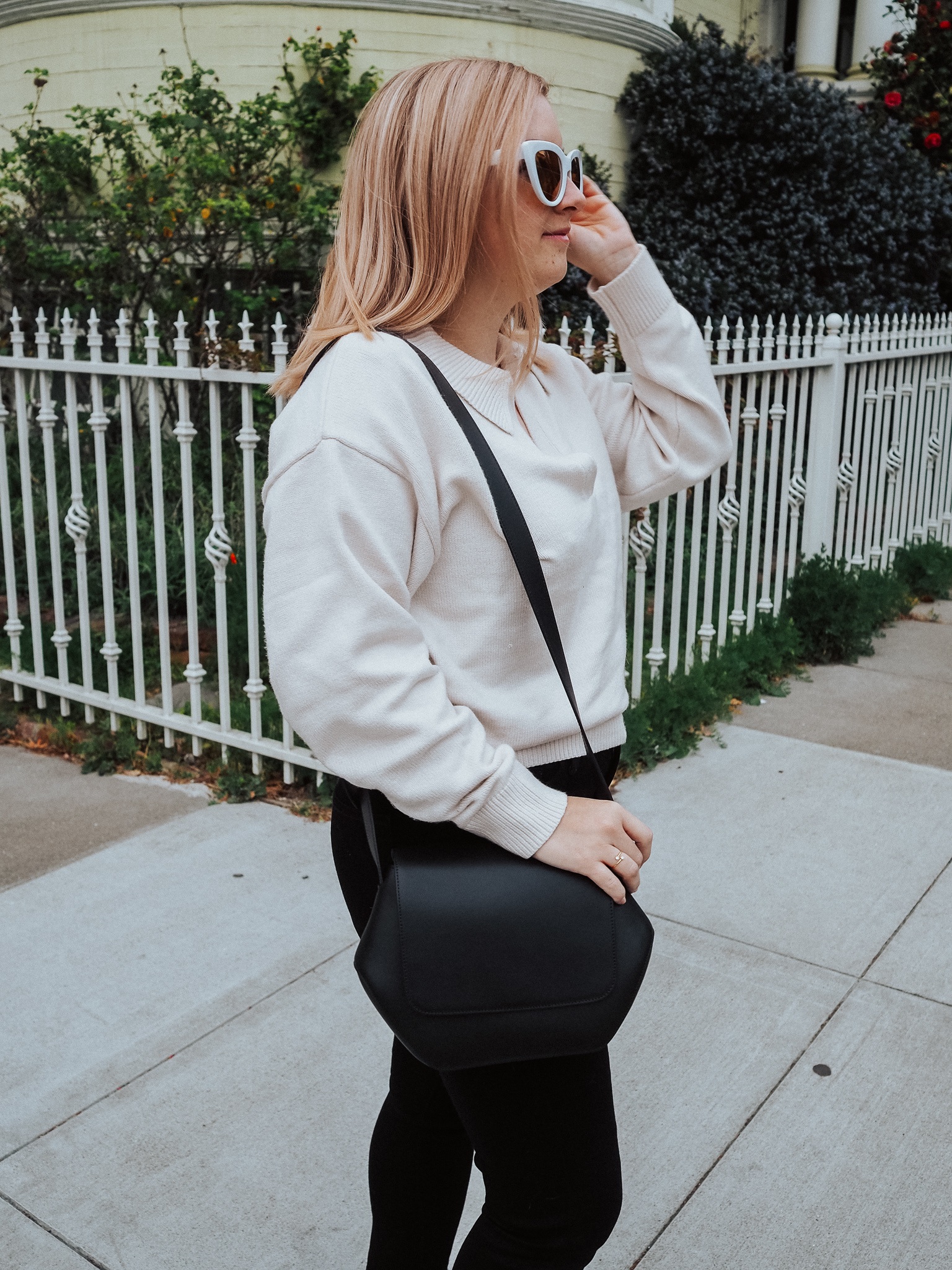 I’ll be the first to acknowledge my privilege.

I am lucky to be able to care so deeply about the issue of fast fashion. Not everyone can afford to buy clothing that was made sustainably and ethically. Fast fashion is the same type of unfair evil as fast food: it’s more affordable and more easily accessible. Meaning really only those with the freedom money affords can choose to make more ethical purchasing decisions.

Fast fashion companies like Shein clothing, just like fast food, are systemic problems. It’s on the system to make more ethical, sustainable, and healthy options to most affordable.

In this post; however, I do want to challenge those that have the choice to make the right choice. Please do not buy SheIn clothing – we’ll talk about why.

While anyone on the internet (or just, in general) has a right to their personal opinion, my deep rooted dislike of SheIn as a company comes from my educational background. I hold a B.S. in Apparel Merchandising and Design and spent several years as an apparel merchandiser for a large, international retailer. I’m well versed in apparel supply chains, both domestically and abroad. I understand the environmental impact of the apparel industry.

And I feel strongly that SheIn is everything we should push back against when it comes to apparel retailers. SheIn clothing is the epitome of a large, fast fashion, trend-focused retailer that pumps out more junk in the name of the bottom line.

SheIn has also time and time again proved to be a company that attempts to profit off cultural appropriation. From selling “prayer mats” to, well, many other scandals, SheIn often makes headlines for all the wrong reasons.

I’ve seen plenty of other bloggers do SheIn reviews, and most of them entirely ignore the problematic nature of the company.

So let’s break this down.

Reasons NOT to shop SheIn clothing.

SheIn online is one of the biggest online fast fashion retailers out there. SheIn clothing is a fast fashion company, meaning they create additional and unnecessary waste by producing trendy clothing en masse.

What is “fast fashion” and why is it bad?

Think like, fast food. “Fast” fashion means the production is quick and cheap. The traditional fashion pipeline is actually quite slow. Designs were shown on the runway nearly half a year before they ever hit any shelves.

But times have changed, and so has the world of retail. People want things now.

Many fast fashion companies are able to produce trendy items so quickly because they are “vertical” retailers. This meaning they own their own factories and can create and produce new designs much more quickly than retailers who do not own their own factories. Your GAPs, for example, are still designing their collections half a year out. SheIn, on the other hand, is able to crank out new things in a much shorter time frame, meaning they can capitalize on whatever is “trending” in the moment.

Big, oversized sweats suddenly start trending on IG? SheIn is able to have them on their site within weeks. Neon colors come back into style? SheIn can create some neon accessories and toss them up online faster than the competition. And SheIn isn’t alone. Companies like Fashion Nova, Zaful, Romwe, and more all fall into this category.

And herein lies the problem: wardrobe trends are wasteful. When we wear a trendy item, especially one produced cheaply, it means ultimately that item will end up in the landfill. And quickly.

Furthermore, because companies like SheIn are producing their items quickly and selling them at such low prices – the quality just isn’t there. Even if you are attempting to buy “classic” or “timeless” pieces from SheIn because they’re affordable, they’re going to fall apart because they were not made to last. They were made to sell fast and turn a tight profit.

Sure, a $10 little black dress sounds like a deal. But is it really a good deal if it falls apart in two months and ends up in the trash?

SheIn clothing is horrible for the environment.

SheIn’s clothing is cheaply made and is trend-forward. You’ll probably end up throwing everything you buy out.

We’ve addressed this topic at length already, but it’s worth repeating.

Fast fashion companies produce lots of “trendy” items and produce them cheaply. These items are so poorly made they’ll ultimately end up in the landfill because they won’t even be in a good enough condition to donate when the trend inevitably passes.

You will end up throwing the things you buy from SheIn away. Probably fairly quickly. Trends come and go, especially in the era of Instagram. Tie dye sets might be all the rage right now, but they may not be next month. You will trash your items because they are out of style and/or they wear out so quickly you can’t even pass them on to a friend of a shelter. Shopping at SheIn essentially means padding our already overflowing landfills.

SheIn really lacks transparency (more on that to come), so it’s tough to attribute specific pollution increases to them specifically. That said – it’s a pretty fair and easy generalization to make that fast fashion companies in general do lead to increased pollution. From the excessive emission of greenhouse gasses to the over consumption of valuable resources like water and energy – fast fashion is a disgusting pollution machine.

Textile dyes are also a big culprit when it comes to water pollution. Business Insider actually claims textile dyeing is the second largest source of river pollution out there.

All this to say, fast fashion is undeniably awful for the environment. Unfortunately this means the SheIn outfits you love come at an incredibly high cost to the Earth, even if they come at a low cost to you.

Fast fashion may be killing farmers.

Again, it’s impossible to directly accuse SheIn of anything here, but fast fashion as an industry is potentially leading to the deaths of farmers around the world.

SheIn lacks transparency and potentially has an unethical supply chain.

But here’s the real doozy…we just don’t know enough about SheIn clothing and how it’s produced. Because SheIn lacks transparency in their supply chain.

On the company’s “Social Responsibility” page, say they “make social responsibility a priority.” workers. The trouble is, it’s kind of hard to validate this.

SheIn states they only produce 50-100 pieces per new product and scale up if they see the demand. But no where on this page do they clarify how many new products they launch each season, or even each month or week. This is purely a numbers game and SheIn isn’t disclosing all the numbers.

Furthermore, there’s no where on the SheIn website that gives any real look into the production process. Where are SheIn’s factories? What are their codes of conduct and working conditions standards?

Even if SheIn did supply this information, the reality is that many countries don’t have the same working conditions standards as the U.S. anyway, providing many fast fashion companies an easy loophole. The U.S. may require specific conditions to be met to be considered “safe” or specific wages to be considered “fair” – but these same standards often don’t hold true across the countries in which fast fashion factories operate.

The truth is, we know very little about how ethical SheIn really is. But knowing they’re a fast fashion company and, at their very core they exist to pump out trends at a low price, it’s unlikely they’re doing as much good as their corporate responsibility webpage would like us to believe.

I’m sorry, ya’ll. I don’t care how cute SheIn dresses are. It just ain’t worth it. 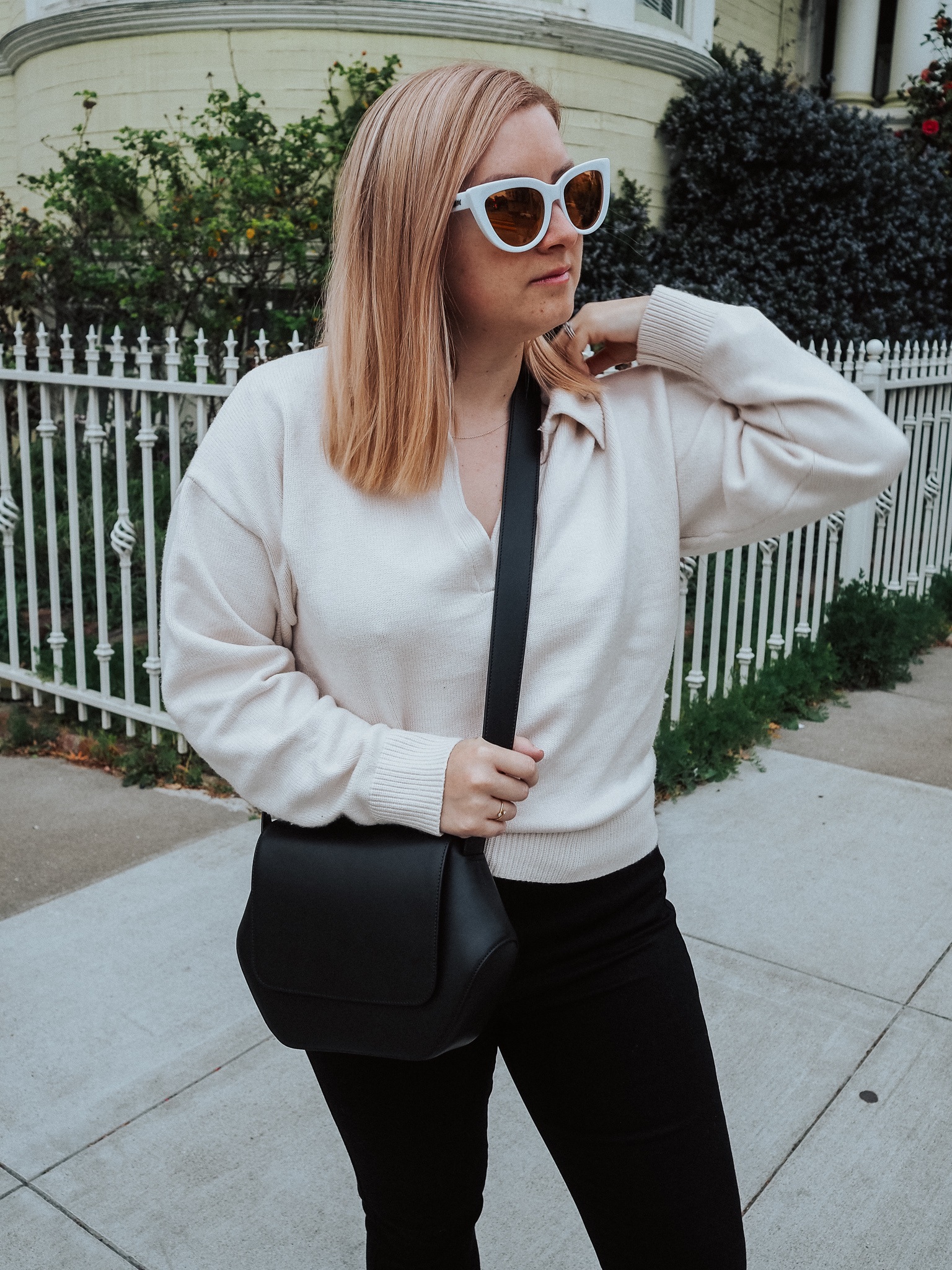 Where to shop instead.

Enough of me being a total troll. I swear I don’t just bring up problems to then offer no solutions. The good news is that there are plenty of clothing retailers out there that actually are trying to “do better” when it comes to responsibility.

People get pretty fired up when it comes to labeling a brand as ethical or sustainable, so to be honest I’m going to avoid that entirely. But what I can give to you is a list of what to look for when deciding whether or not to purchase an item of clothing from a company.

Are their items priced too cheaply?

It’s important to remember that if an item is “cheap” for you, it likely comes at a greater cost to the environment or even the garment worker who made said item. Clothing companies selling items too cheaply may mean they’re using poor quality materials, not paying their workers enough, and are producing items at such high quantities at the factory to get a substantial production discount (but ultimately this excess ends up in the landfill).

Are they transparent? Do they have information on their website about where their items are made and under what conditions?

Transparency, or lack thereof, can be the biggest red flag when it comes to choosing clothes to buy (or not!). So few companies are open and honest about where their items are produced and how. The quality of life for garment workers does matter. Garment workers across the globe deserve fair pay and safe working conditions. Sometimes it’s not enough for a company to state that they’re following “all local laws” when it comes to safe working conditions and pay. Because many countries have such low standards for these things, it’s crucial to shop from companies who set their own standards and publish those standards on their website for all customers to see.

How often are new styles released?

The easiest way to spot a fast fashion company is to spot the “fast” part of the equation. Just how often are new collections or individual styles launched? A large and frequent amount of launches may indicate the company is prone to overproduction, leading to excessive waste.

How diverse is their team?

Although not an indicator of a sustainable company, I do think having a diverse team is important when choosing to spend (or not!) at a company. Diverse teams mean diverse perspectives. Diverse teams means giving everyone ample opportunity to grow, develop, and contribute.

At the end of the day, you vote with your dollar.

What you spend your money on does matter. It’s oh so tempting to indulge in the latest trends at a low cost.

But ultimately that low cost for you is a high price to pay for the planet and garment workers.

How to Style an All Black Outfit…