KB and I celebrated our three year anniversary at the end of July! It’s seriously crazy to think three years have come and gone. We’ve been up and down the California coast and sunbathed in Positano. We’ve picked pumpkins and shucked oysters. It’s been awesome to have a best friend and partner to have life adventures with!

As our anniversary approached we brainstormed ideas for how best to celebrate. While I’m always just as happy to hit up Capitola, we decided we needed a relaxing getaway instead. After a ton of research we opted to head to Cabo San Lucas in Mexico to celebrate our three year anniversary at the Riu Palace!

Let me just start with this… 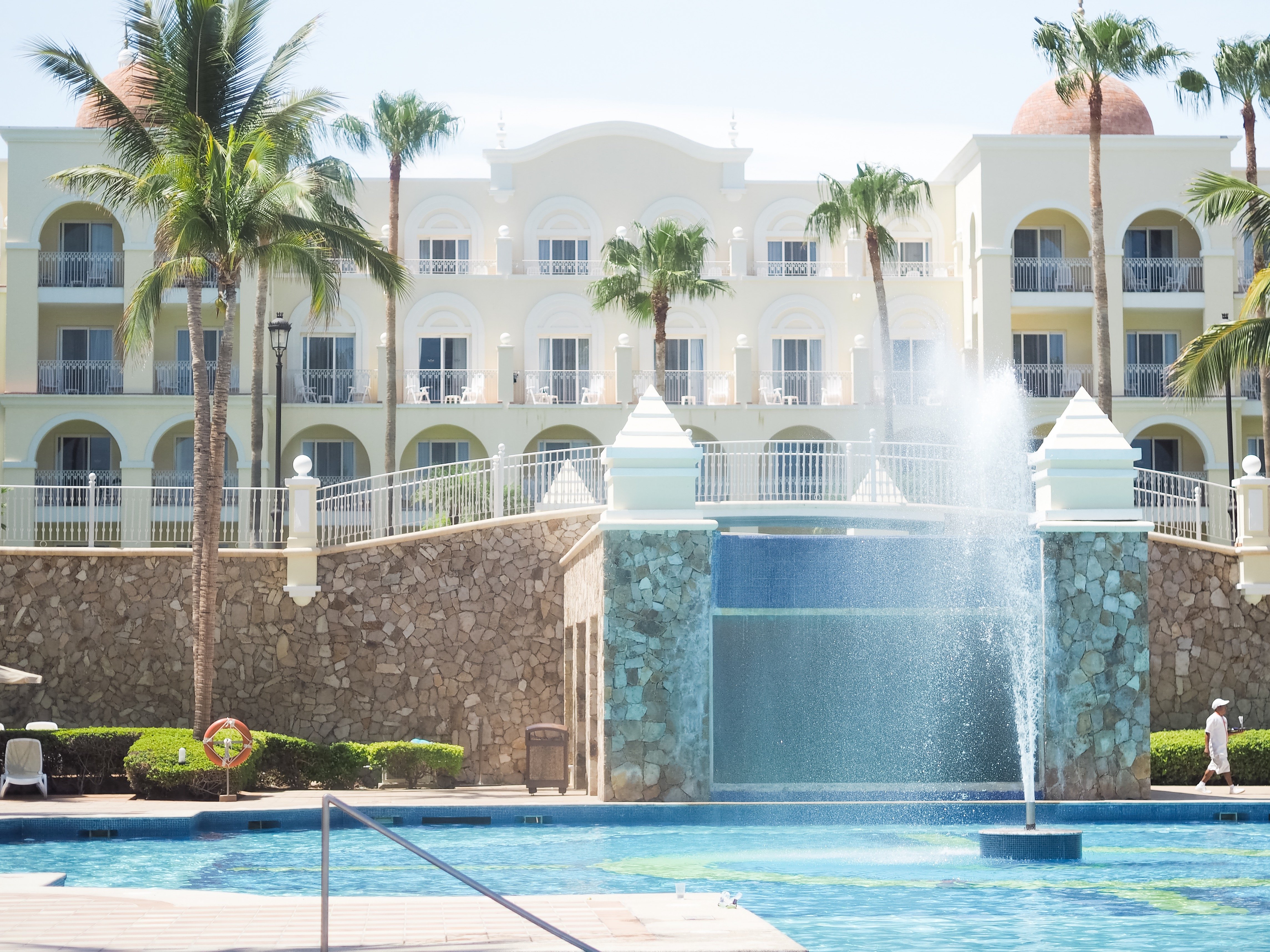 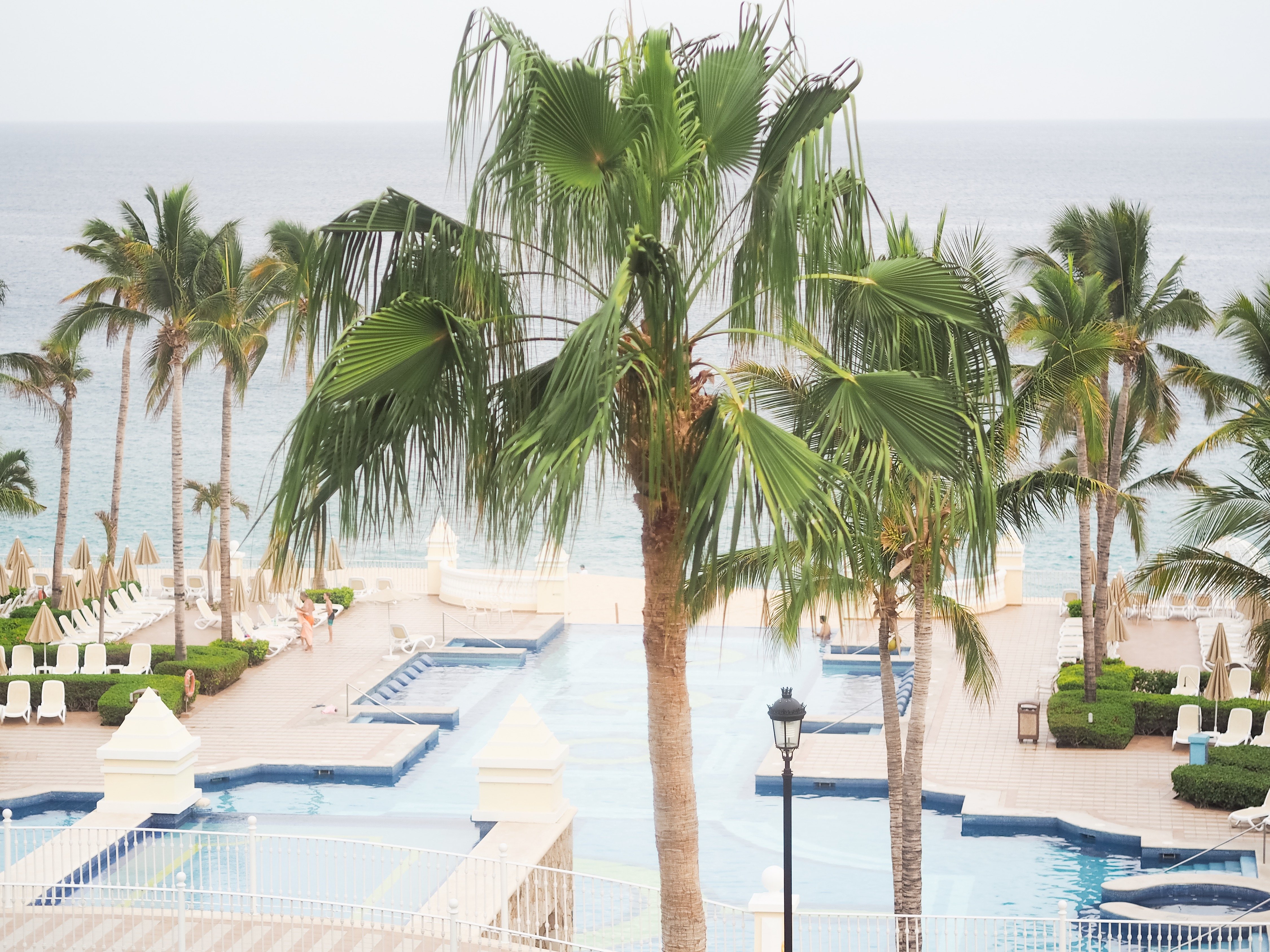 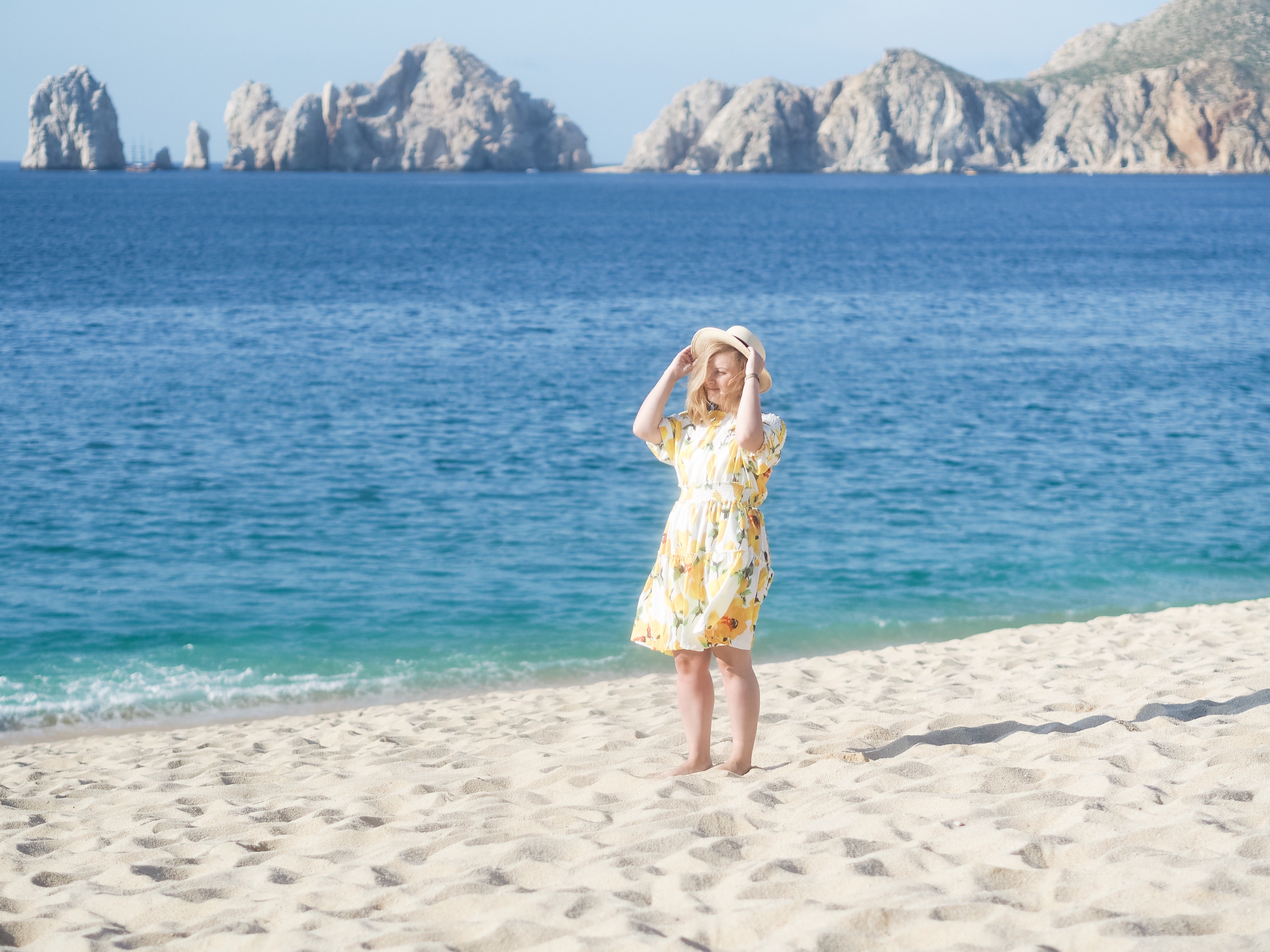 The hotel is gorgeous.

We took a shared airport transfer and the Riu Palace was the first stop! Everyone else in the car ooh-ed and ahh-ed as we stepped out. The Riu Palace stands tall and bright against the backdrop of the Pacific Ocean.

Check in was a total breeze. We were given a room on the top floor overlooking one of the pools – gorgeous! The Riu Palace is equipped with two large pools, two swim up bars, as well as some kiddy pools. There was an “activity pool” and a “quiet” pool. We were in the mood to relax so we camped out on the quiet side.

Don’t you worry, #BagelBabes. Just because we were on the quiet side doesn’t mean we didn’t manage to have a little fun. Sipping mudslides and dirty monkeys in an infinity pool isn’t a bad way to spend a day! 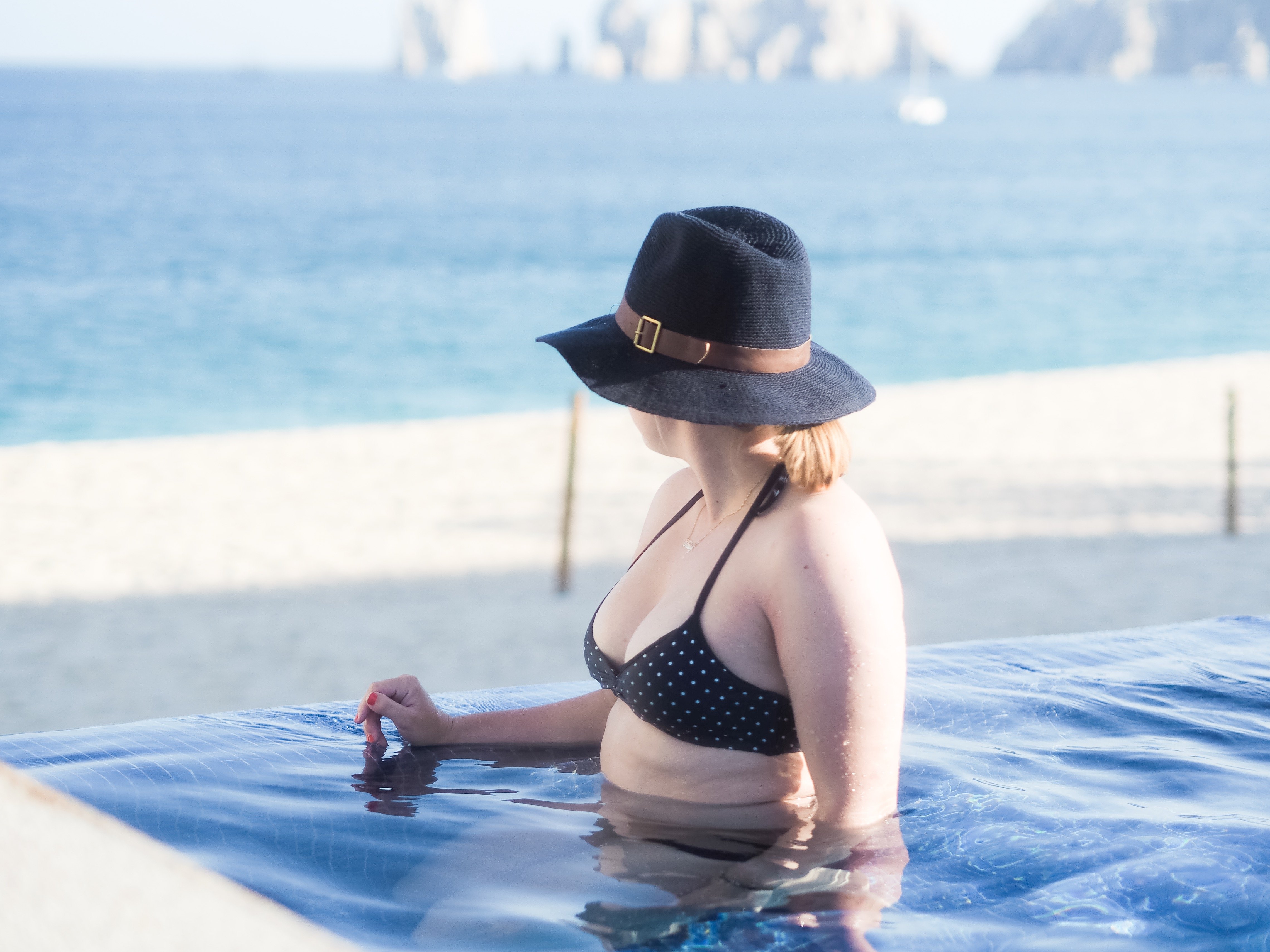 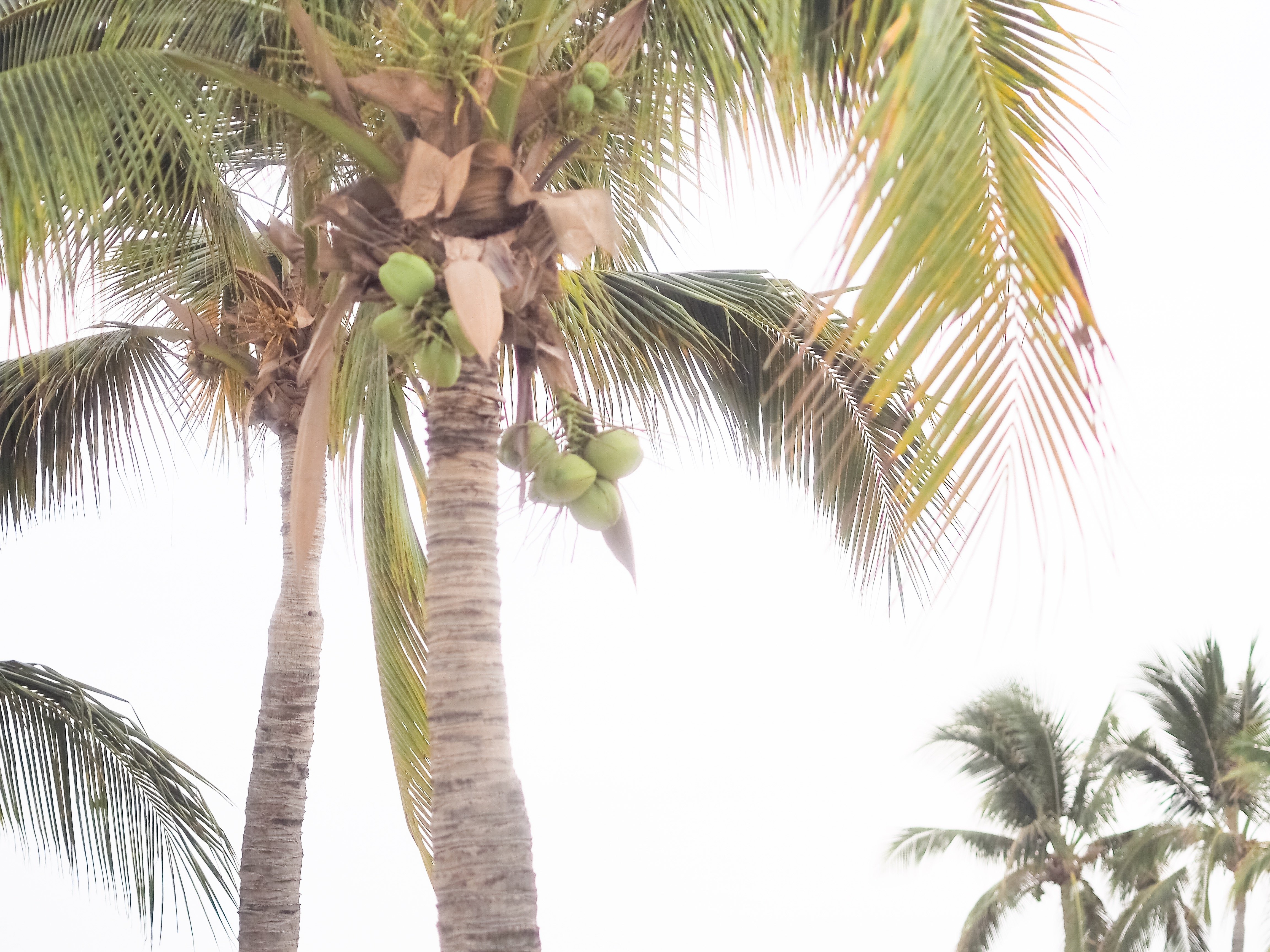 Alright I’m not going to over exaggerate too much with this one – the Riu Palace is still an all inclusive. When we were reading reviews online there was a fair share of complaints about the food. I always get confused by these people – what is it you expected?

The Riu had several buffet options for lunch, a buffet for dinner, and specialized restaurants all on site. Honestly we were more than happy with the food selection. There was a huge variety to choose from (we ate at the buffet most nights) and it was all pretty tasty.

If you’re one of those haters on all inclusive resort foods – just know it for what it is! If you’re after a Michelin star experience, the Riu might not be your selection. However if you’re heading on vacation to relax and soak in the sun, you won’t be spending all your time at the buffet anyway! 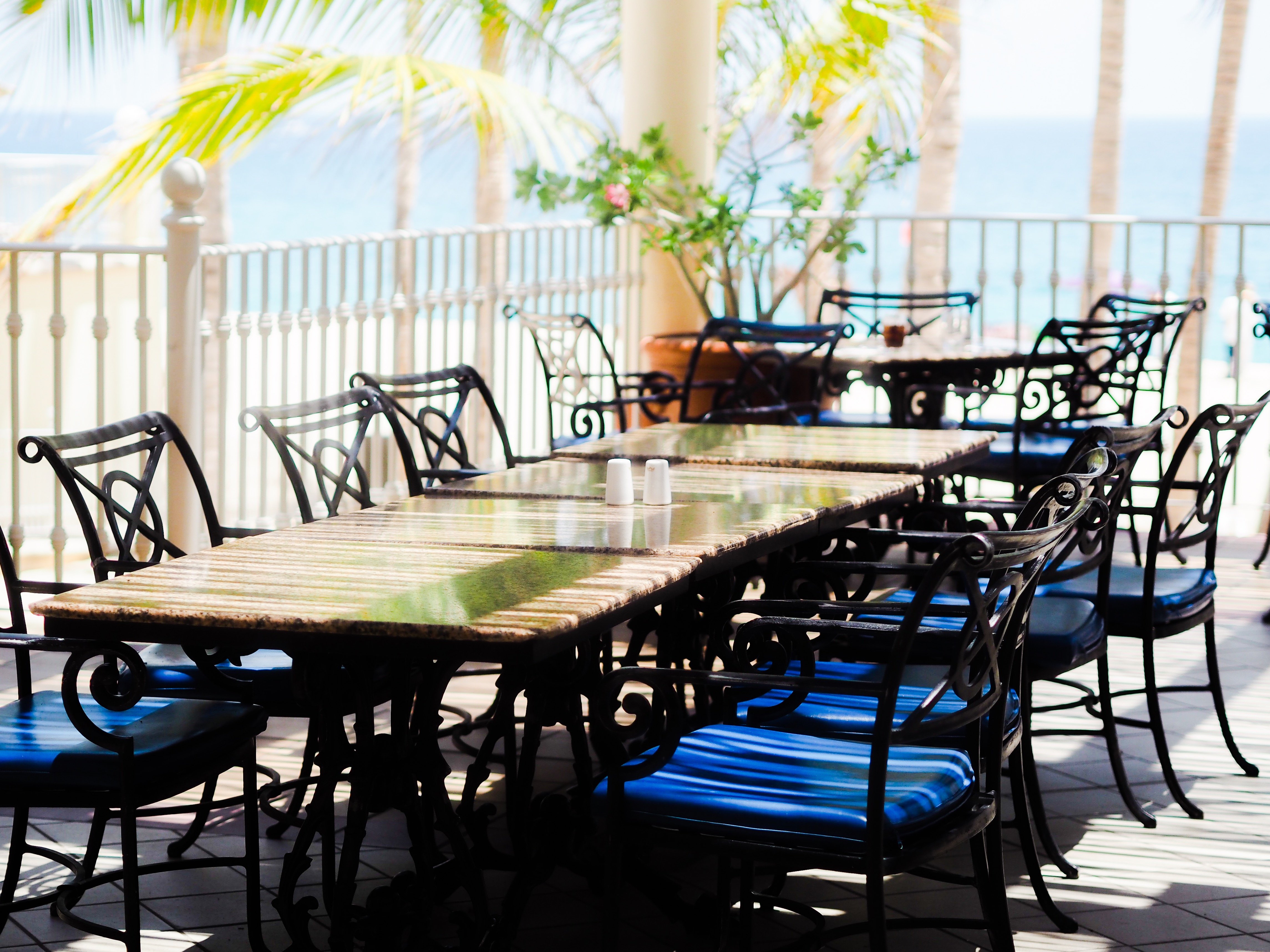 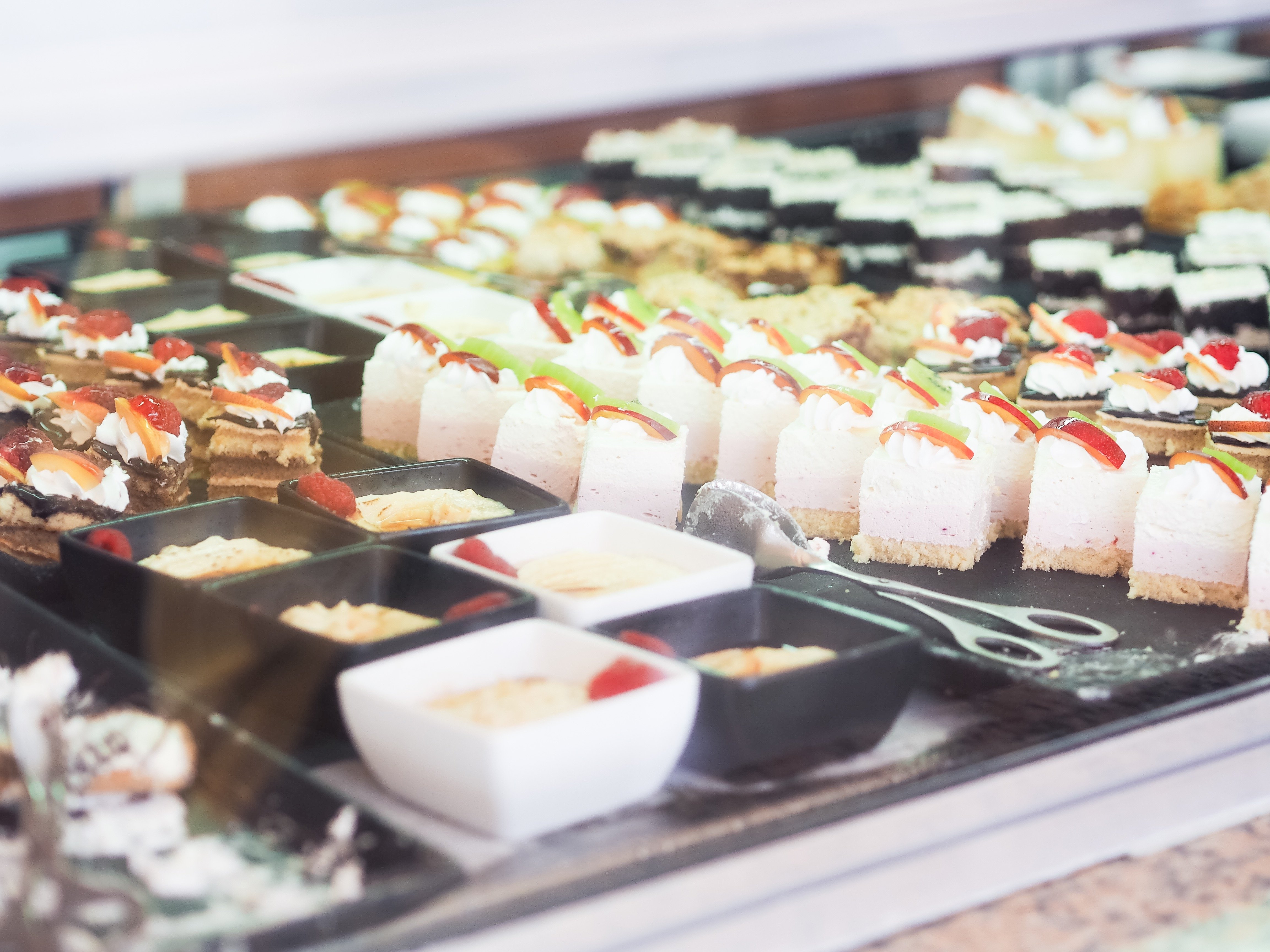 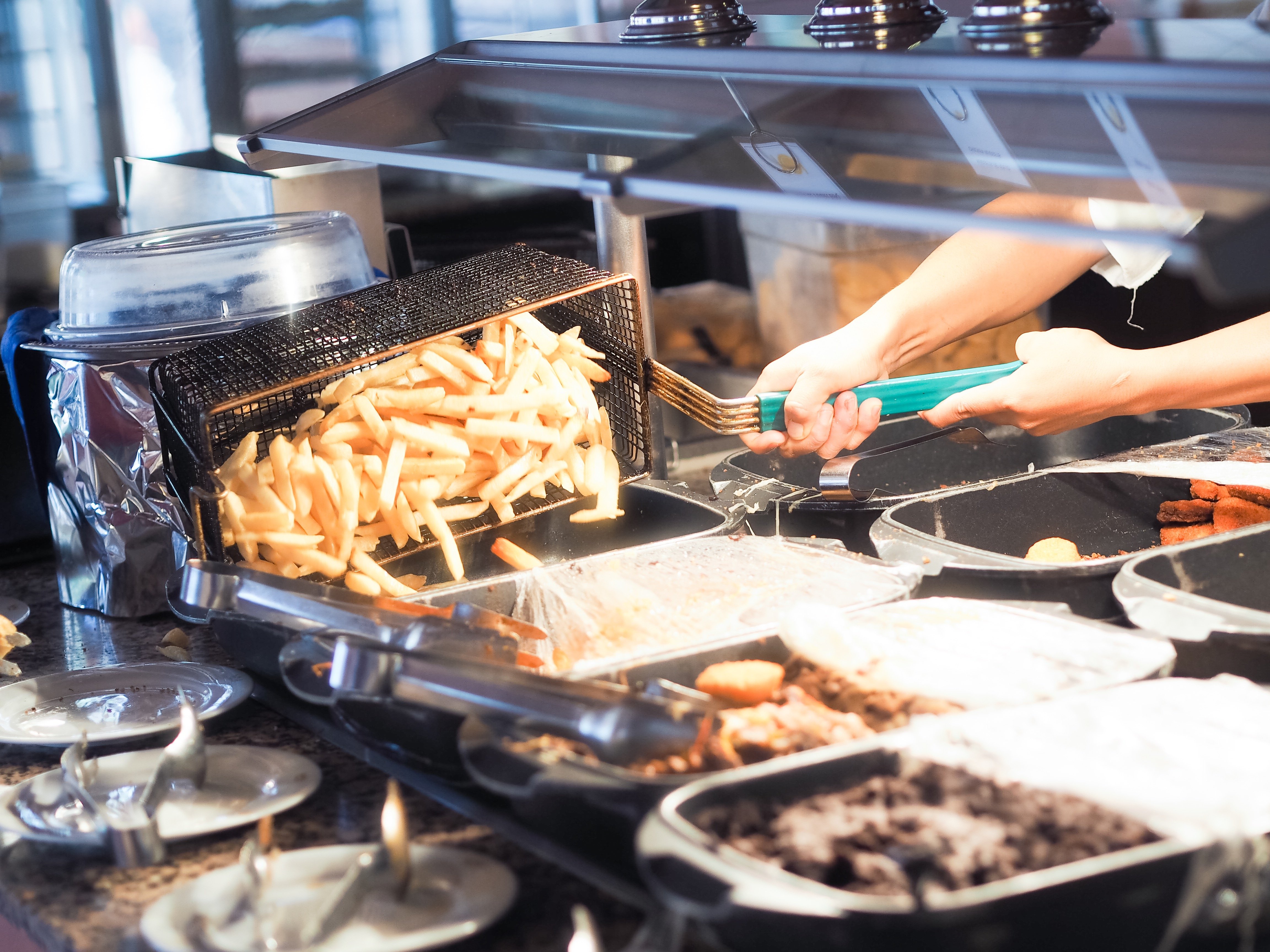 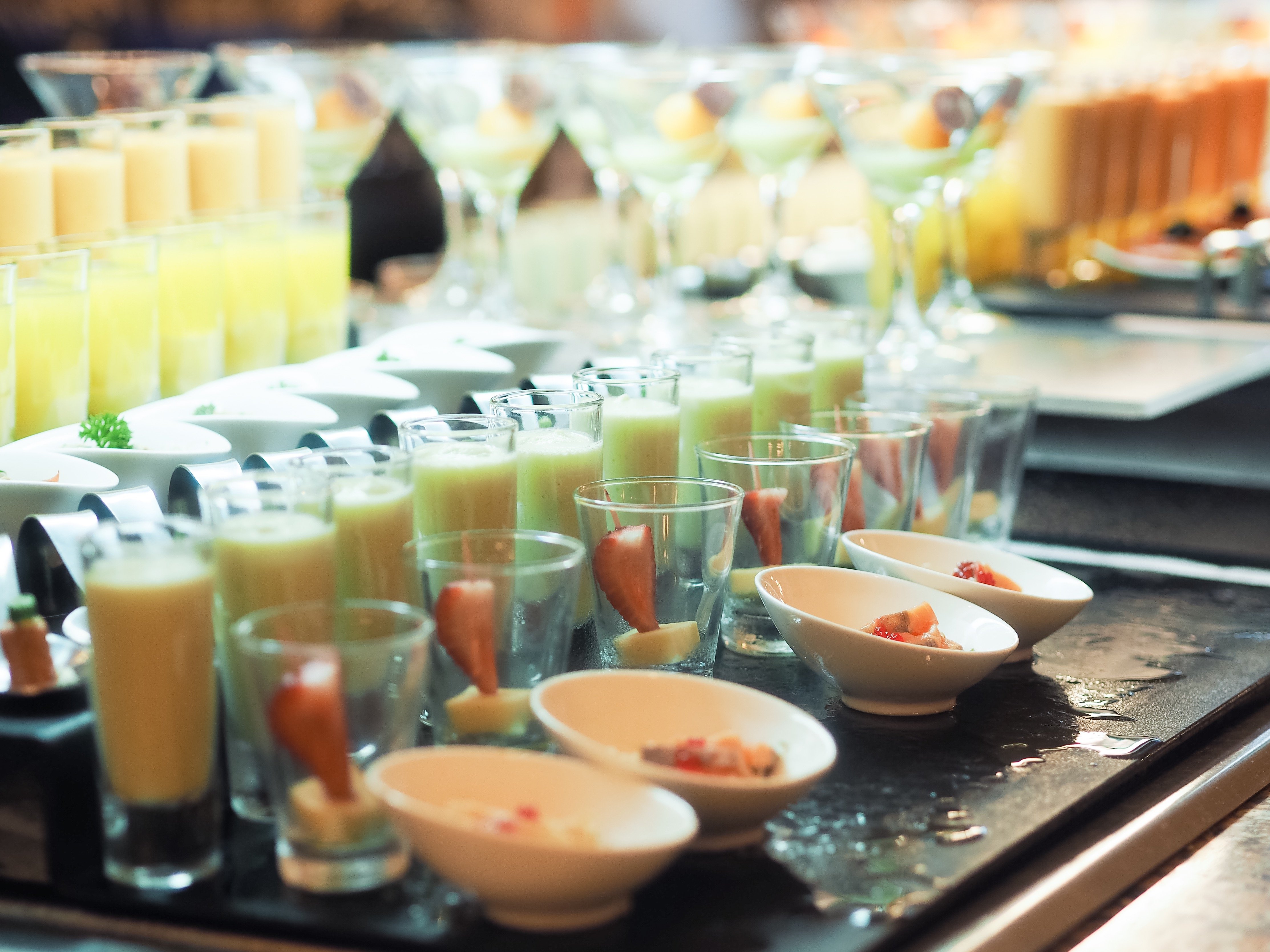 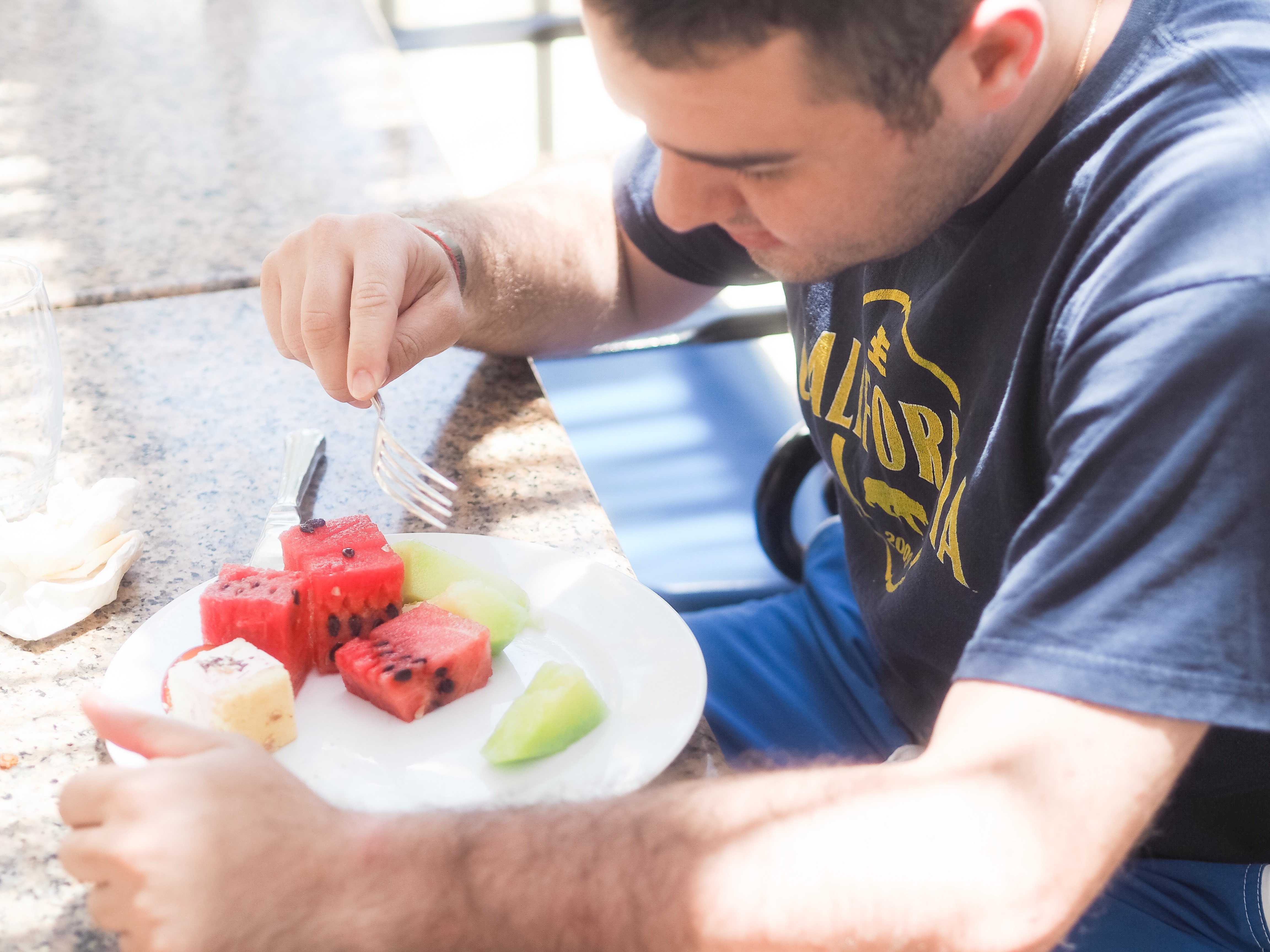 My favorite meal was always breakfast! I’m a sucker for breakfast foods, including a good mimosa. We always strolled into the buffer, grabbed a mimosa or bloody mary, and then hit the buffet! Mmm who doesn’t love eggs, bacon, and early morning libations? 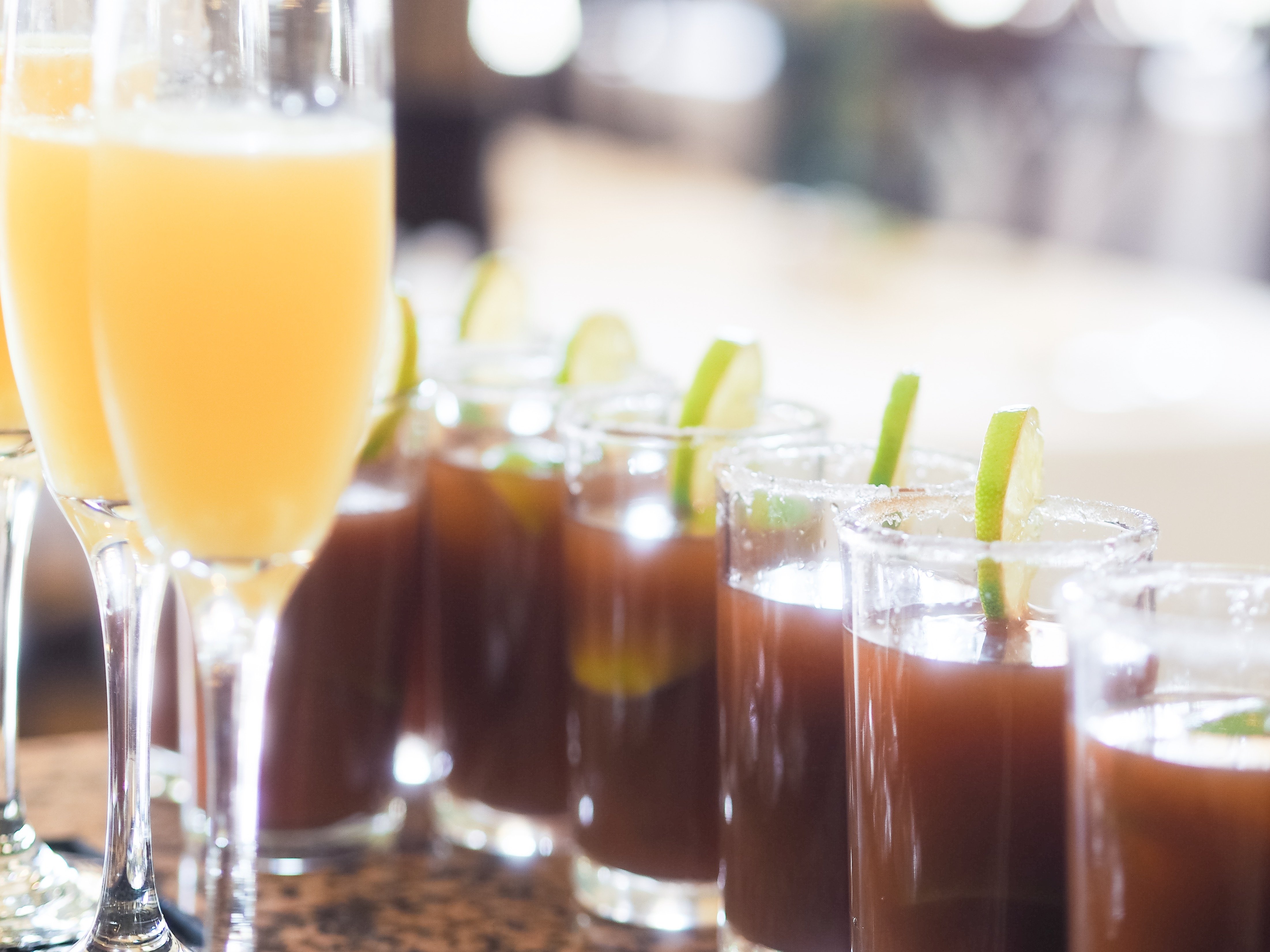 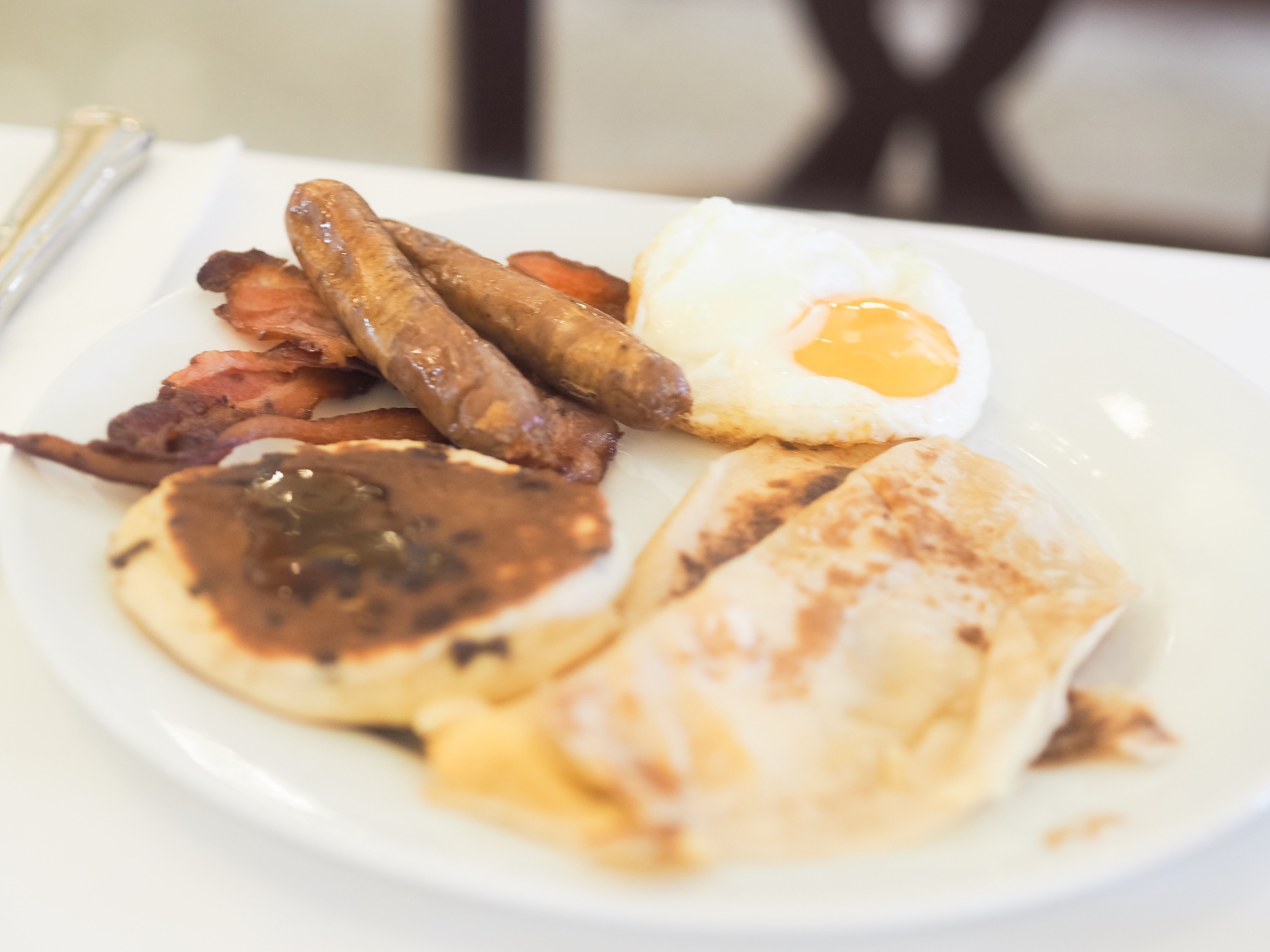 Cabo tried to rain on our parade.

Guys if you follow me on Snapchat you know I was not happy the first two days of our trip. As soon as we landed in Cabo it started to rain. Not just regular, light rain. It was pouring. Sure it was warm (we even took a dip in the pool while it was raining!) but it definitely added some complications.

First of all, our beautiful 4th floor room was a wreck because the roof started to leak. Again, if you follow me on Snapchat you followed us through the whole process of discovering the leak and working with the hotel to get it fixed.

This is where I need to give a shout out to Manuel at the front desk – he actually saved our trip. We were moved from our leaky 4th floor alllllllll the way to the other side of the hotel waaaaaay in the back.

I kind of wasn’t having it.

I get it, this is a total first world problem. But moving from that gorgeous view to a view of a sand dune? Depressing.

Manuel, the front desk manager, was a rockstar at finding us a new room and getting us back out where we belonged – at the pool sipping drinks. 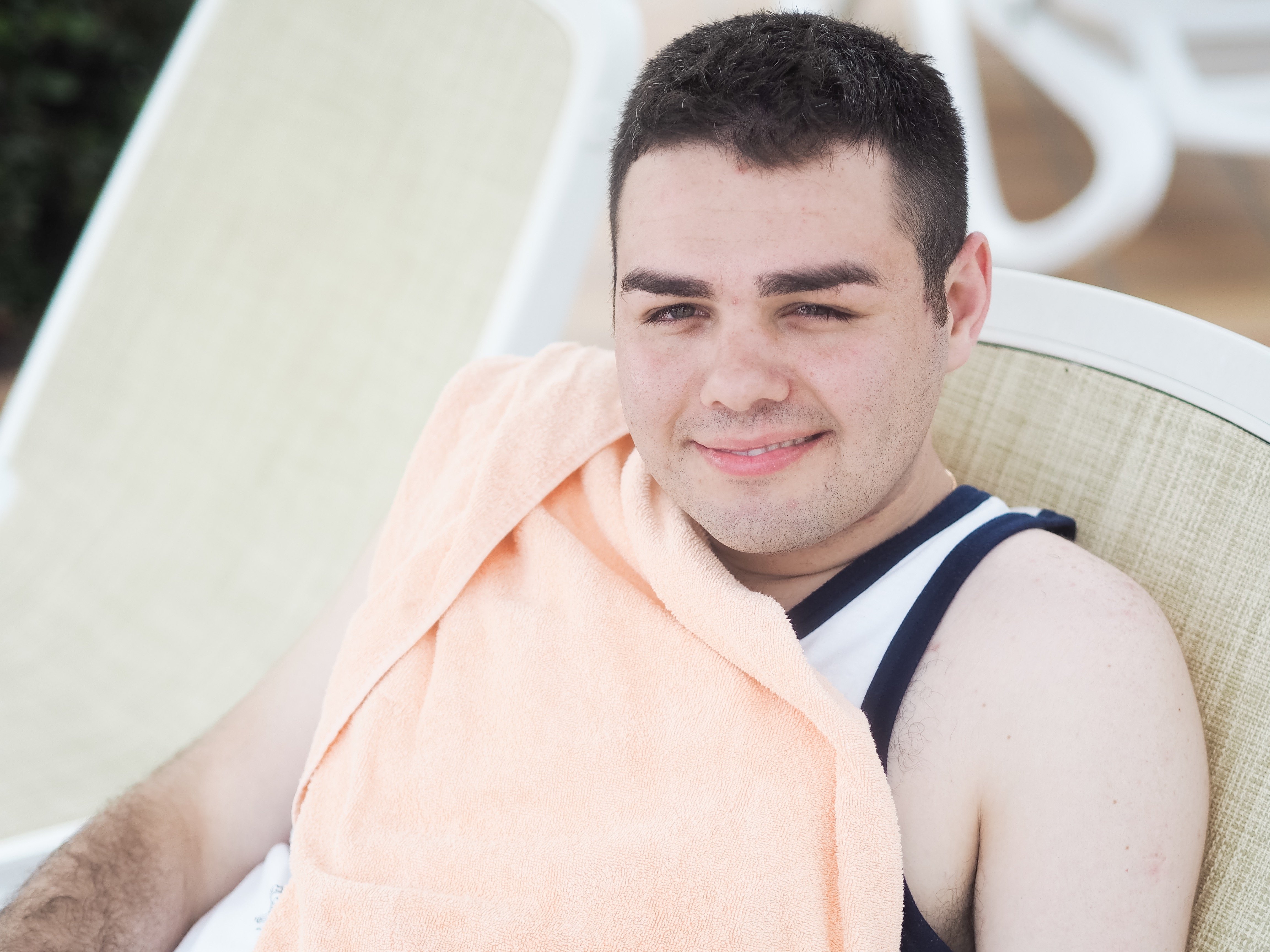 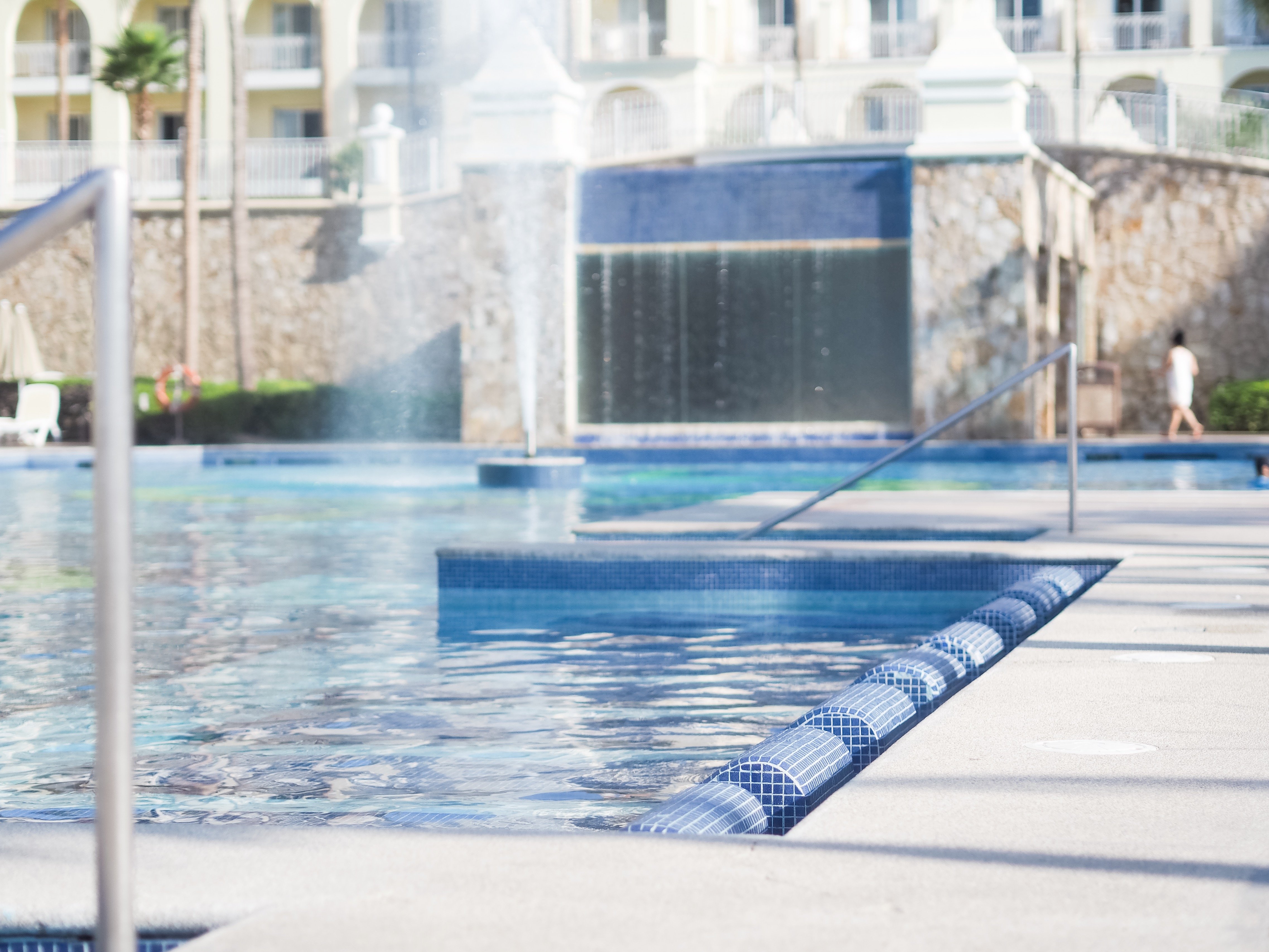 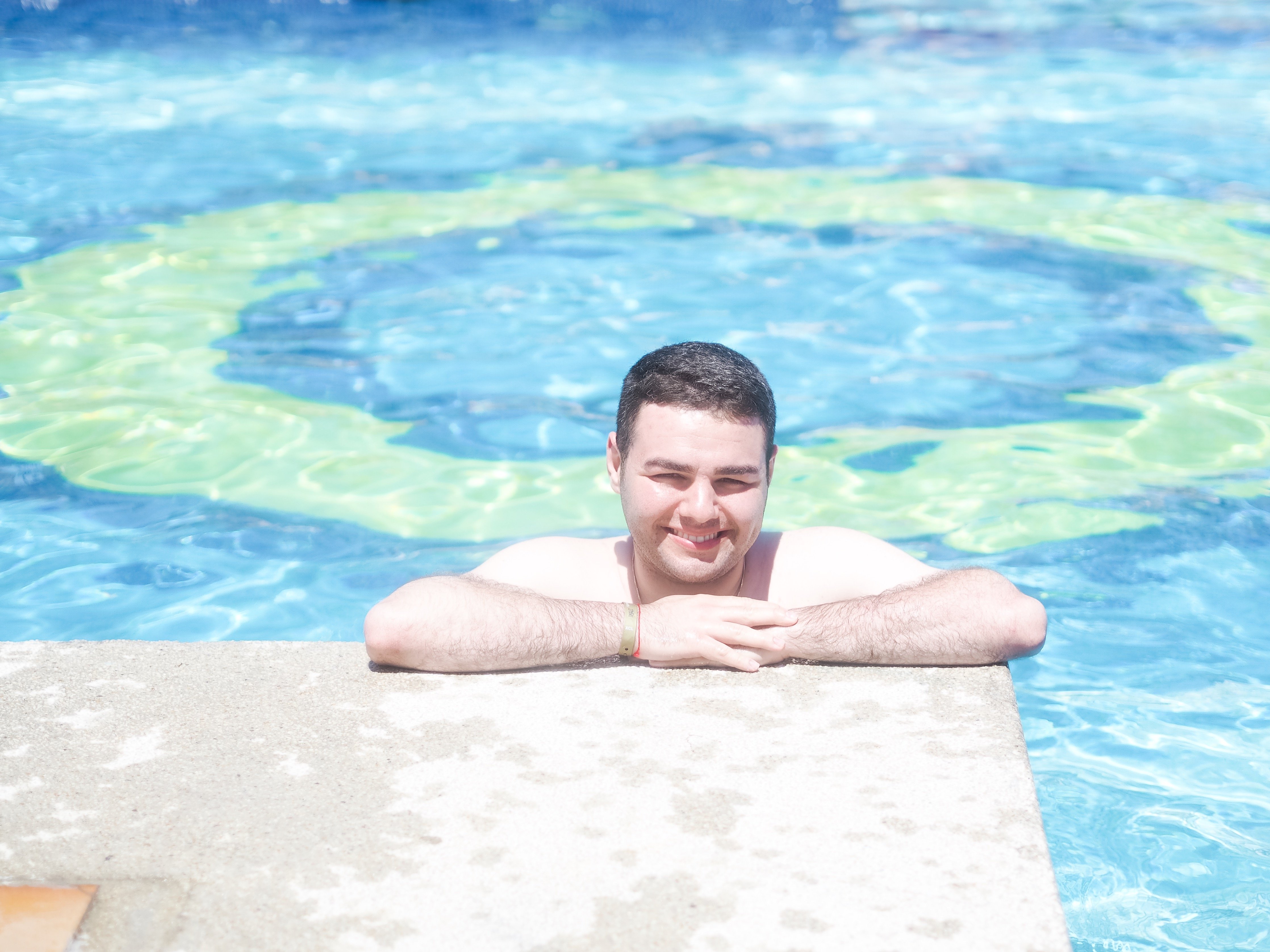 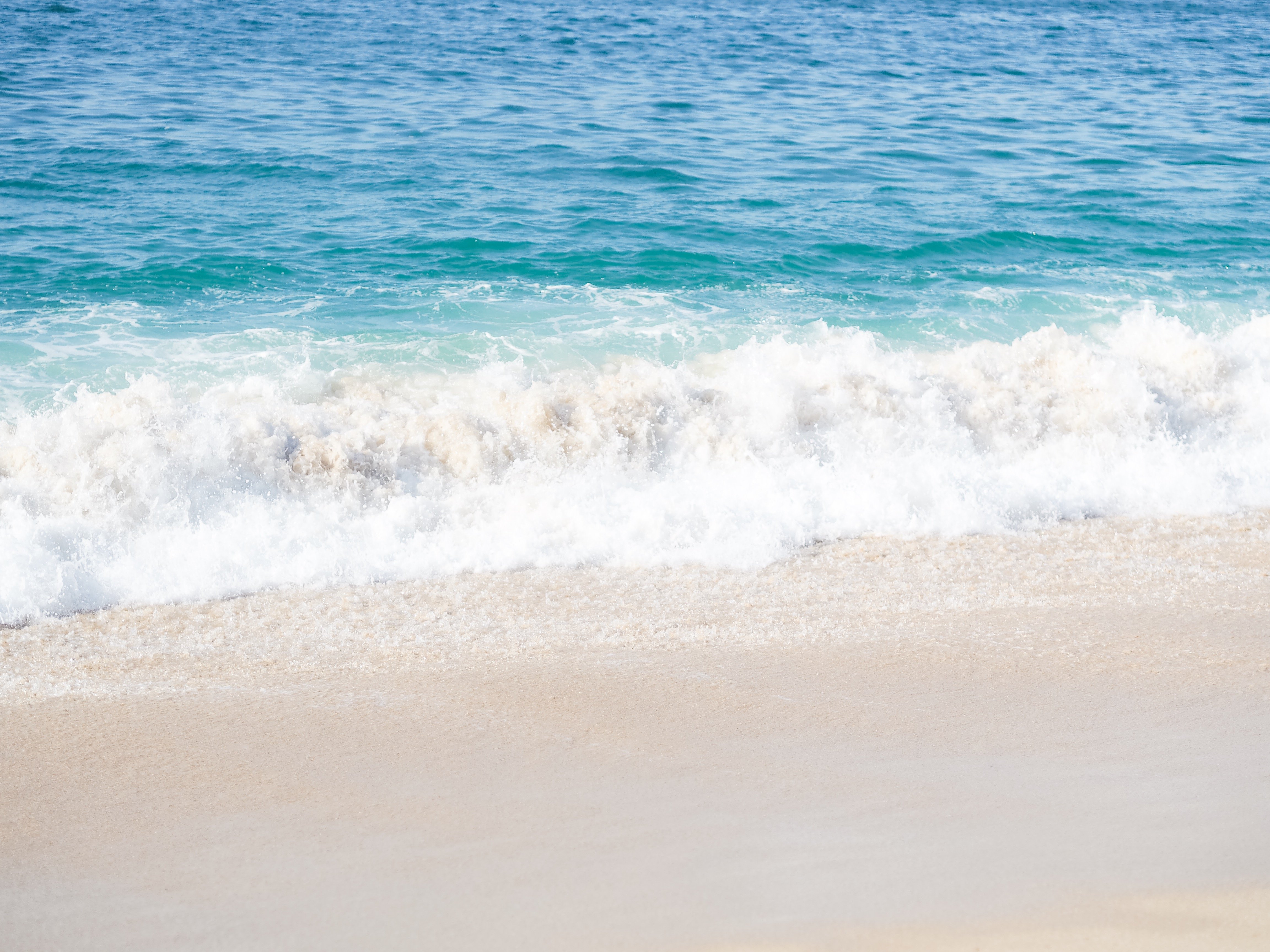 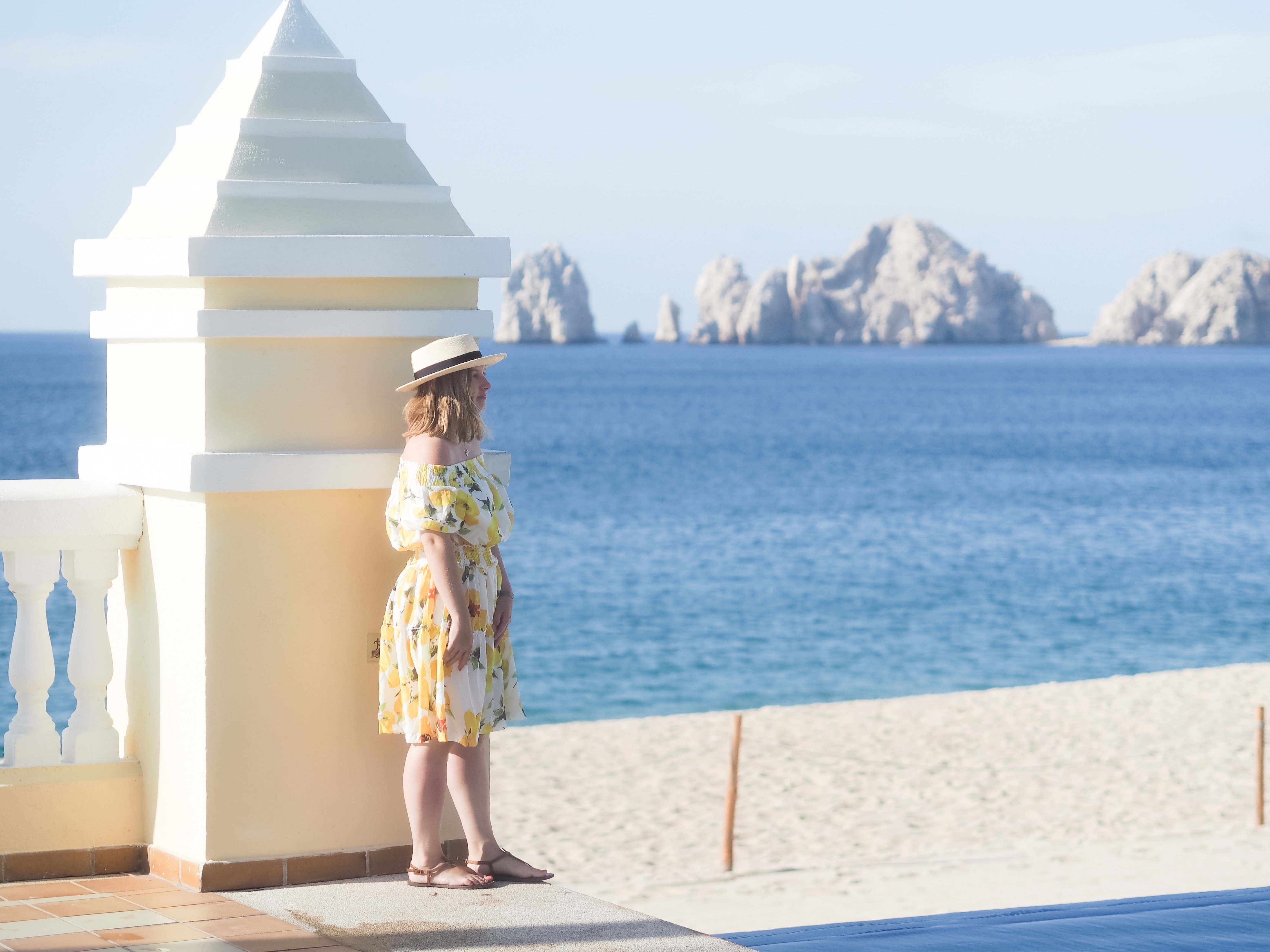 Alright this one seems like a no brainer – but oh em gee guys pack so much sunscreen when you go to Cabo! We had three bottles of sunscreen and we blew through all of them!

You guys my skin is so pale, fragile, and Irish it’s insane.

I didn’t just burn I fried. But it’s okay. #WorthIt

I’ve pretty much already detailed out here and here how obsessed I am with Vera Bradley. They seriously just need to work with me or make me their spokeswoman already. I own way too much Vera Bradley.

But I was so pumped to use my new beach gear! I’m obsessed with this straw tote and I was loving able to keep my sunscreens separate in this lotion bag. Oh – and obvi I had to have matching flip flops. 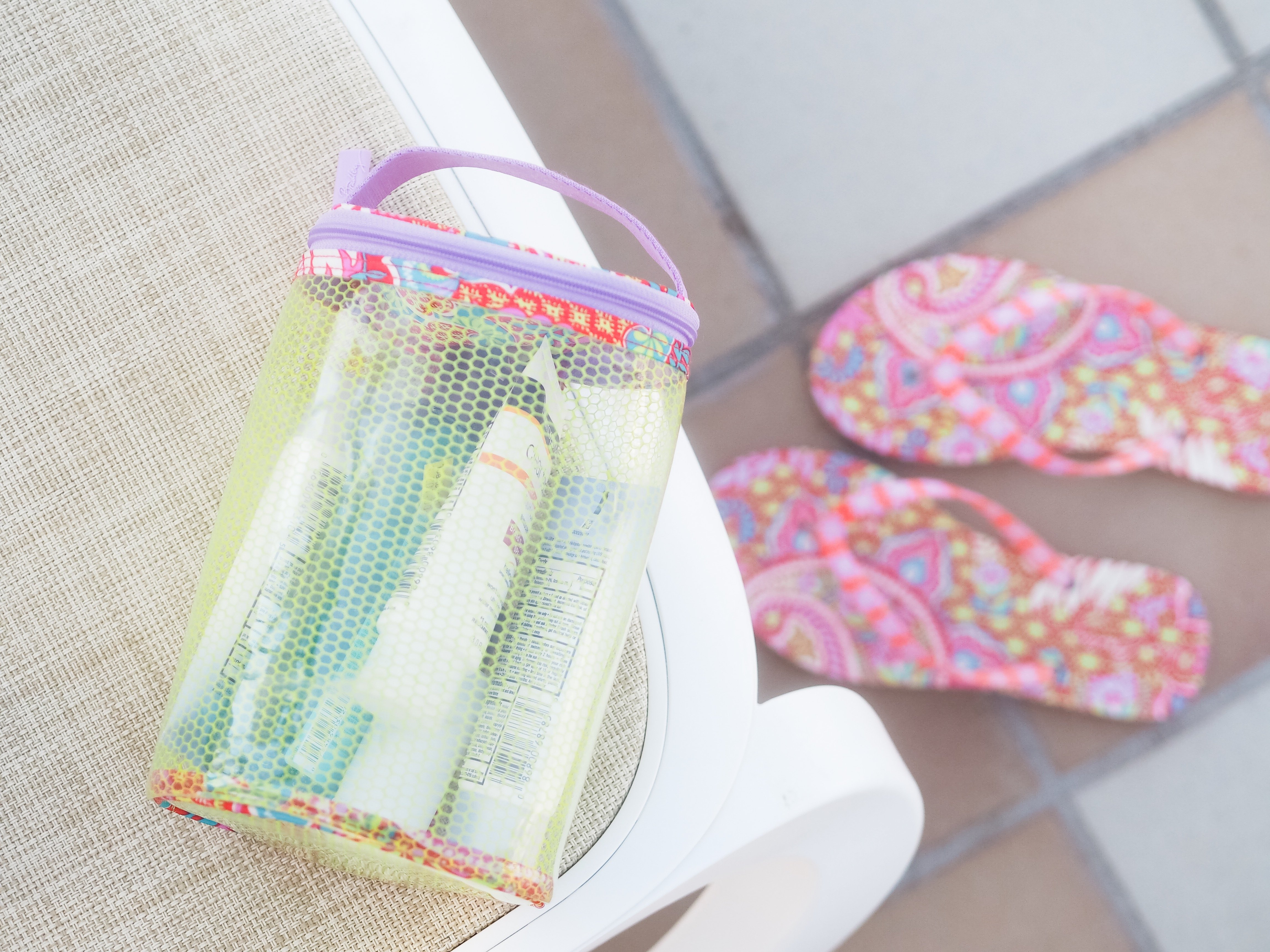 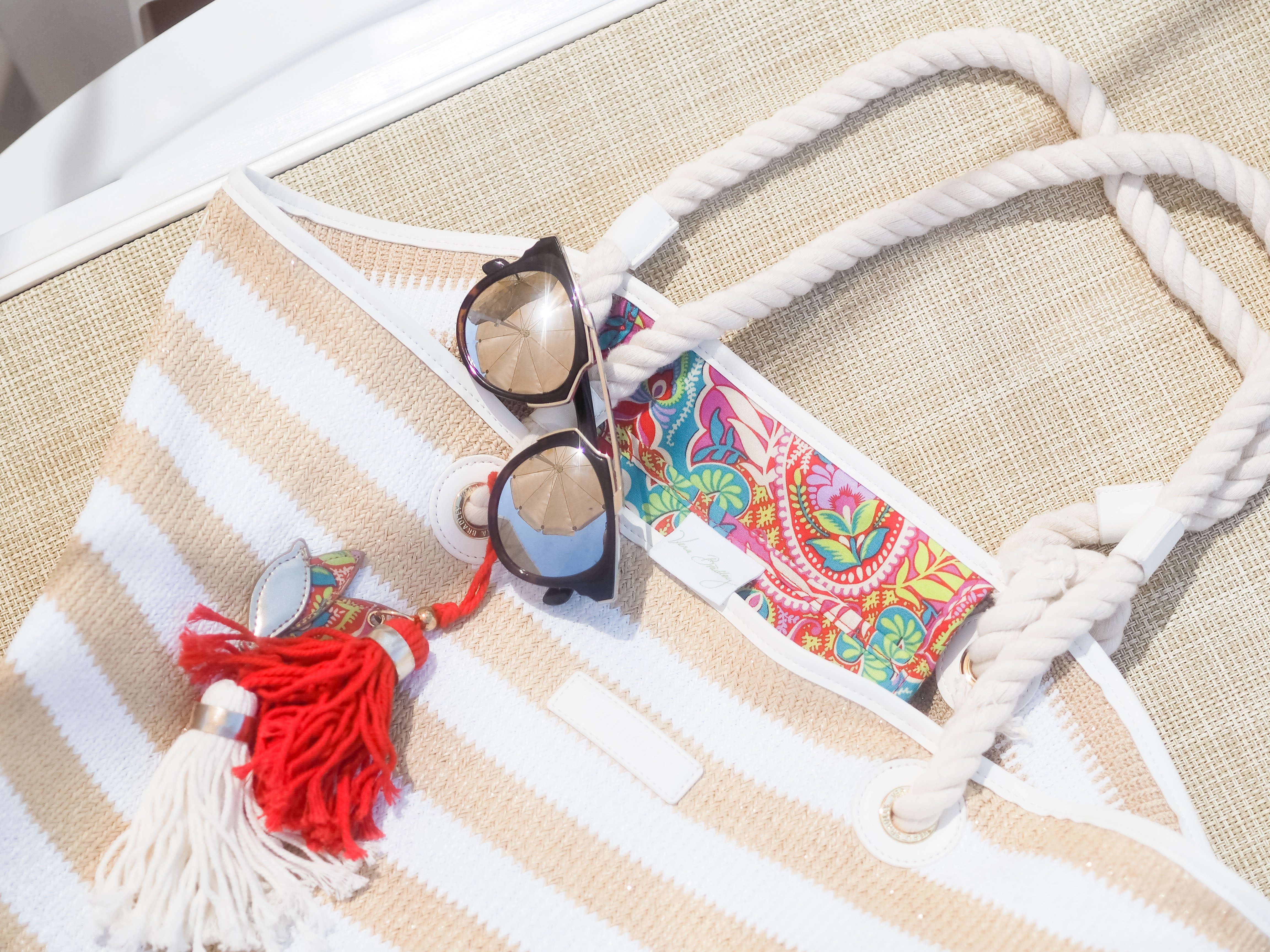 We made sure to hit the spa.

The Renova Spa at the Riu Palace is the bomb dot com and welcomed us with open arms.

A relaxing massage with an ocean view? Uh, hell yes. Hot tubs overlooking the beach? Don’t have to tell me twice.

The Renova Spa offers tons of spa services including your usual mani pedis, but the massages and facilities are really where it’s at. The view and sound of the ocean in the background is unbeatable. And afterwards if you have enough energy for a few moments in the sauna – DO IT. 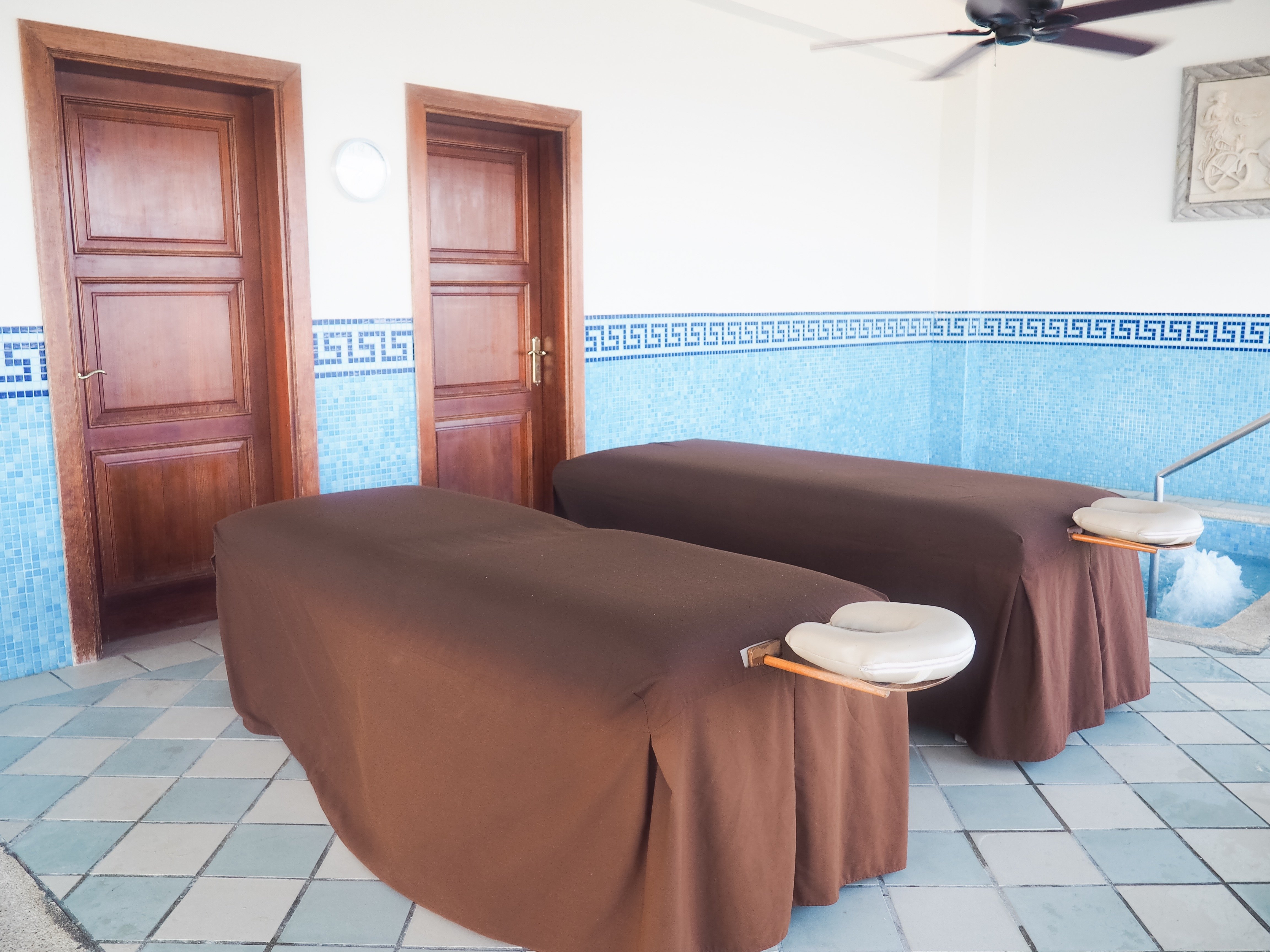 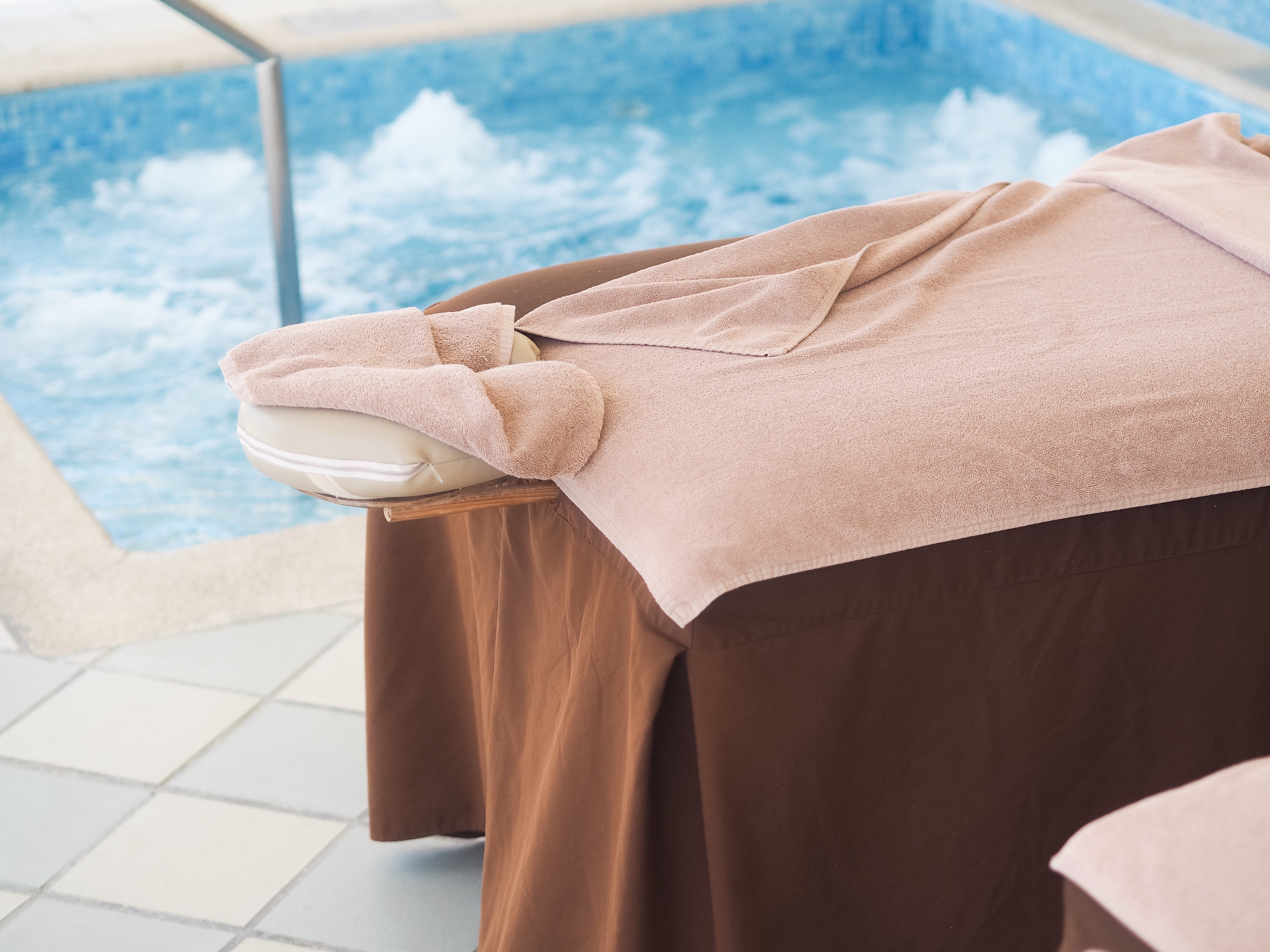 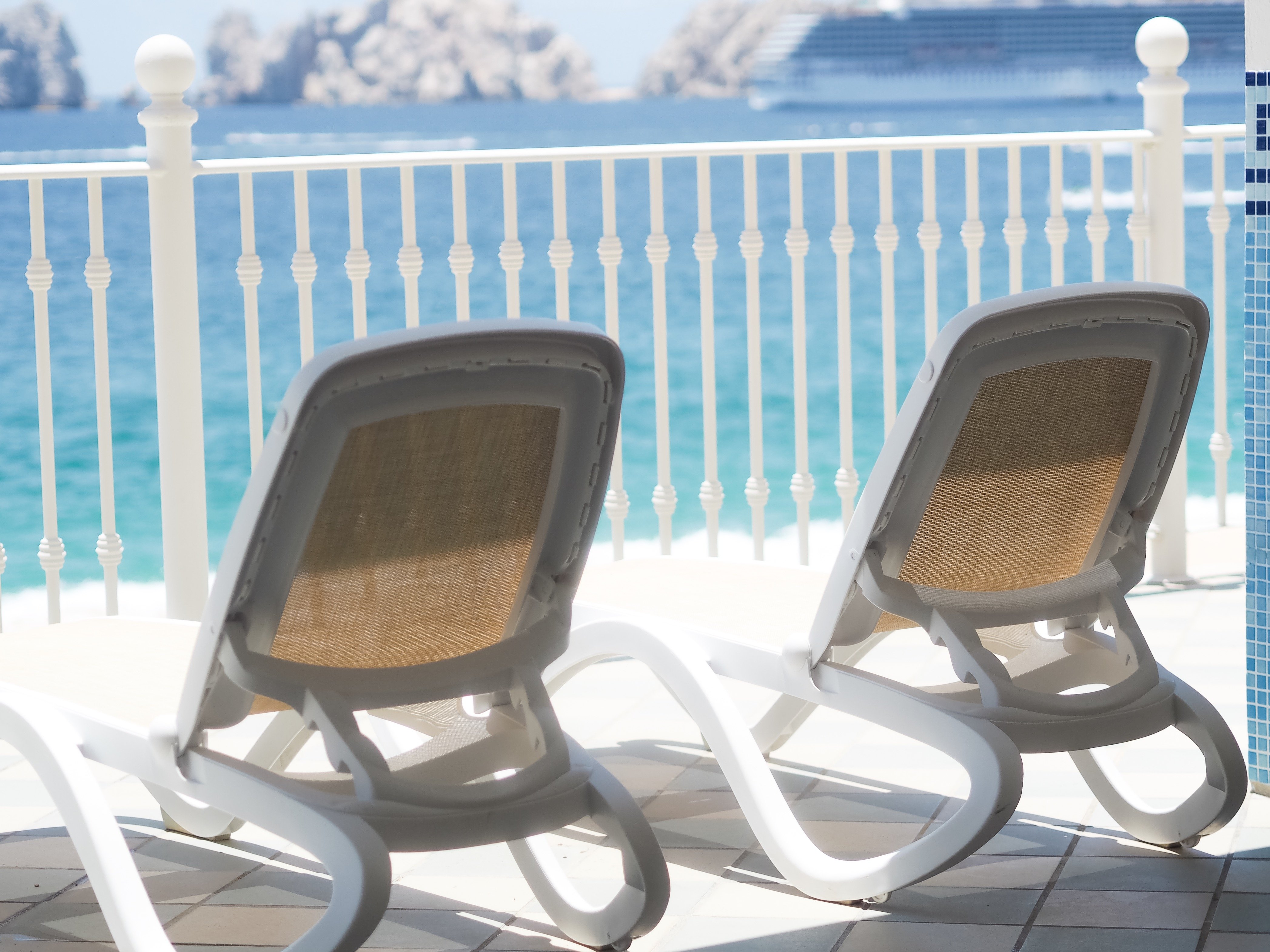 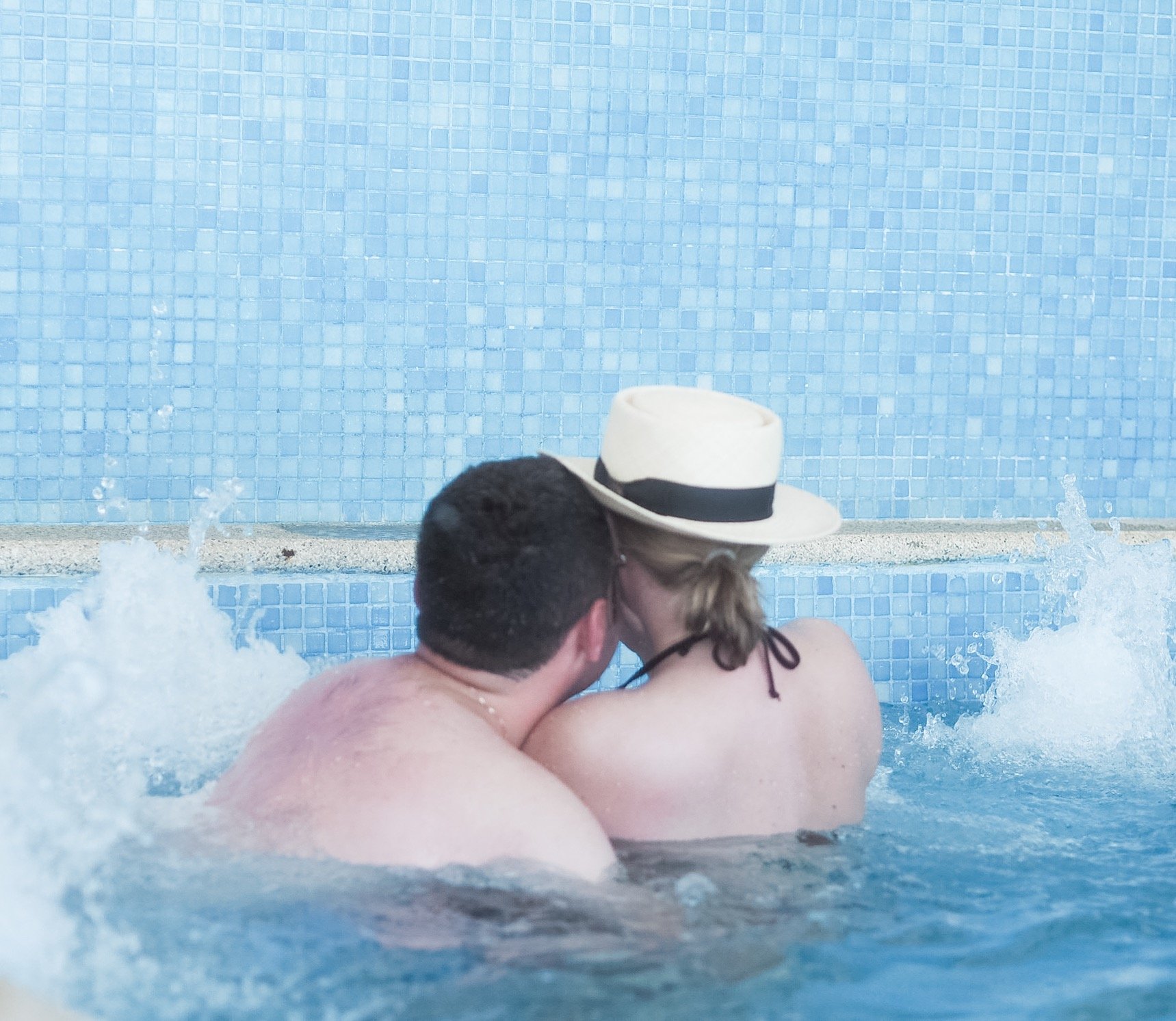 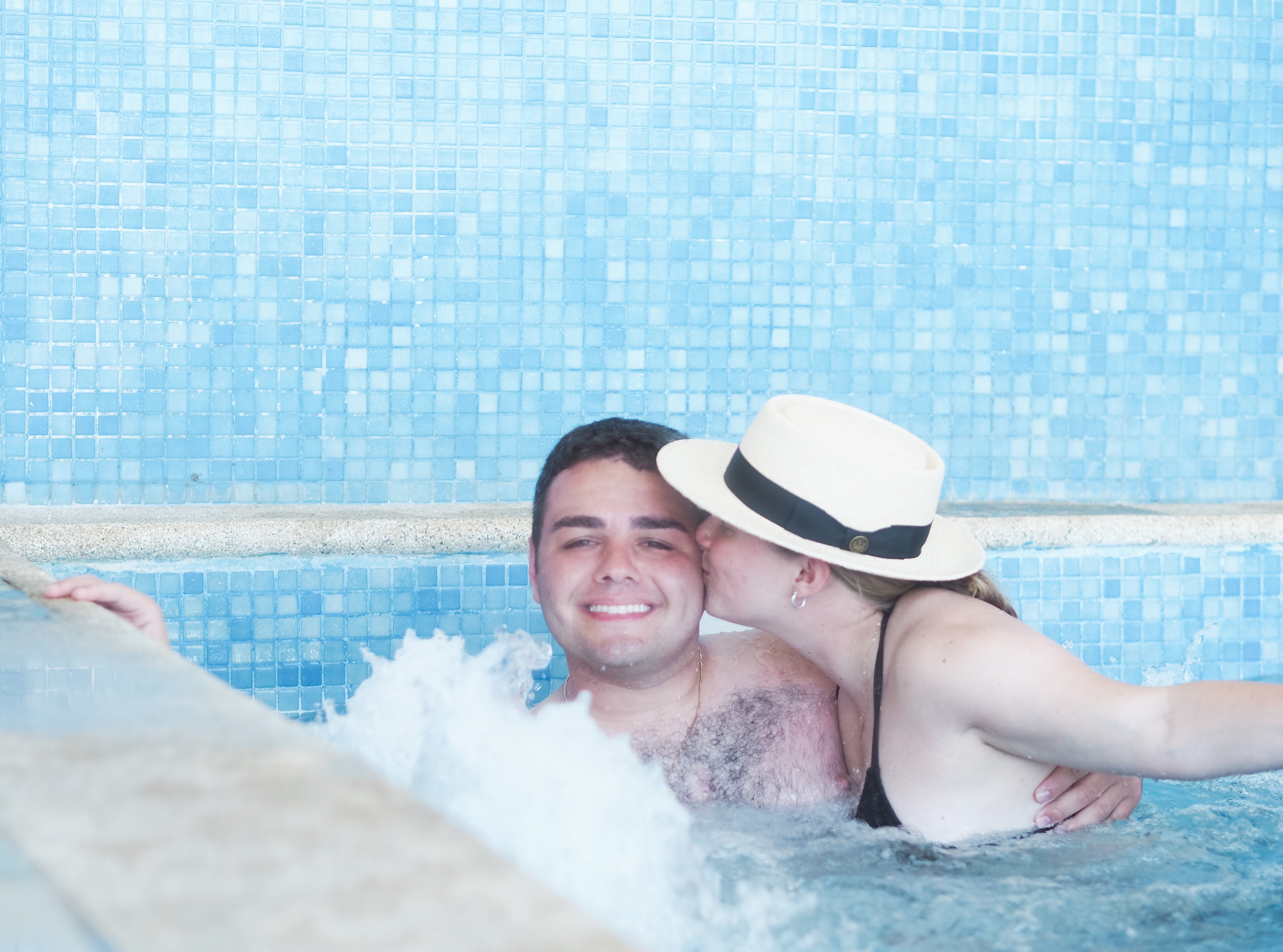 And the Riu & Renova Spa rock! Between the views, the food, and soaks in the hot tub, we were so sad to leave.

Like no joke. It’s been really hard to be back! 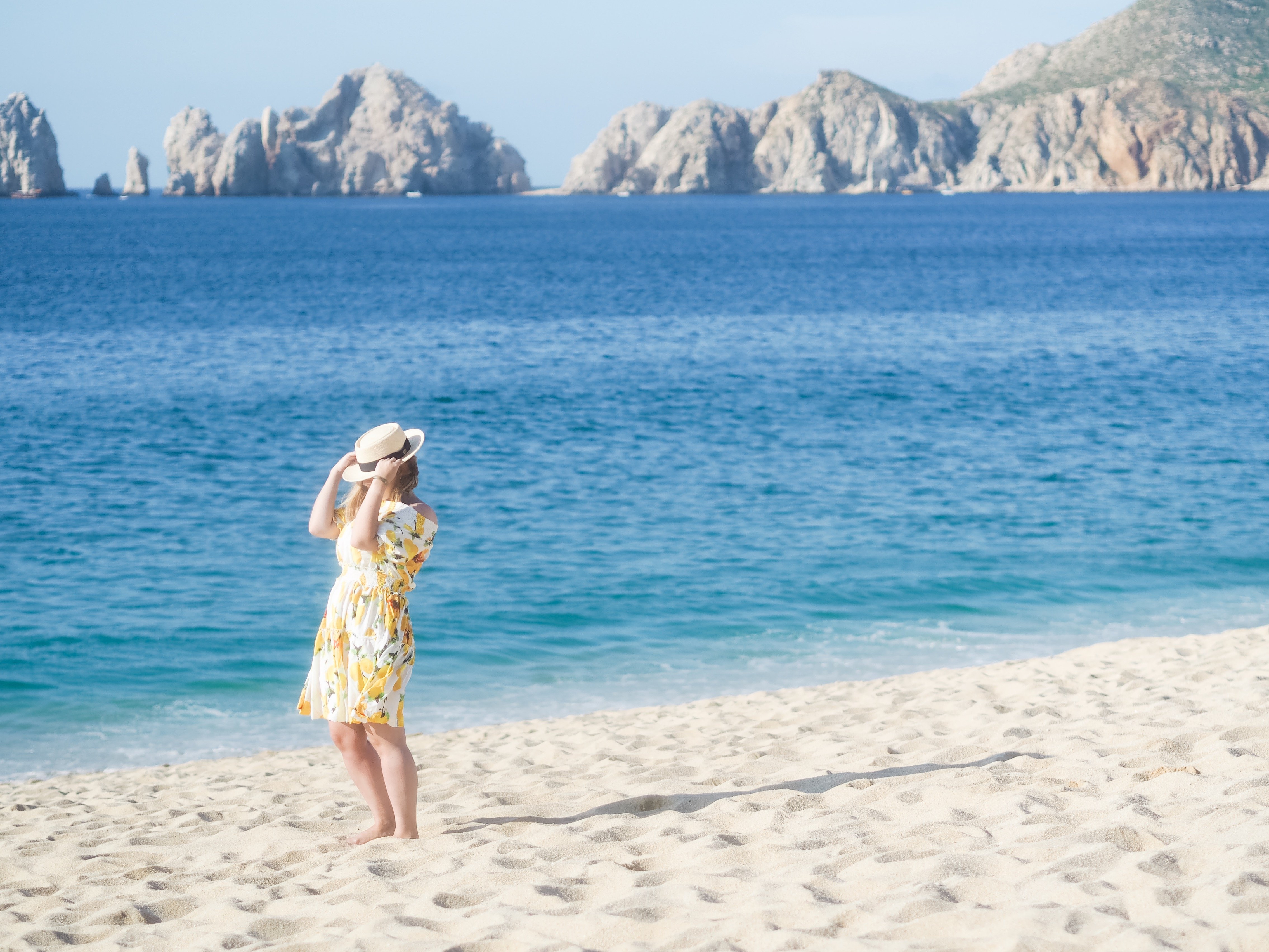 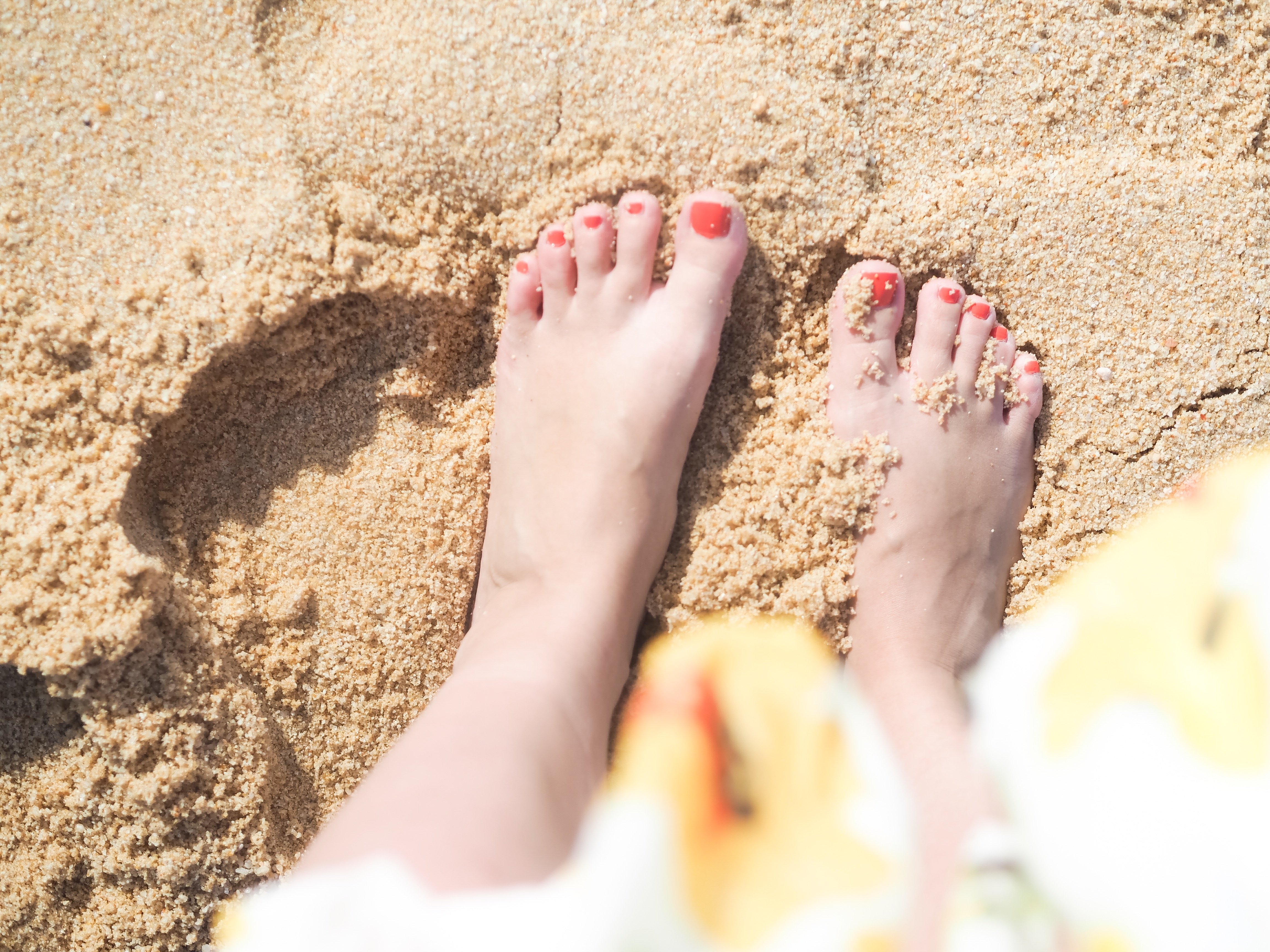 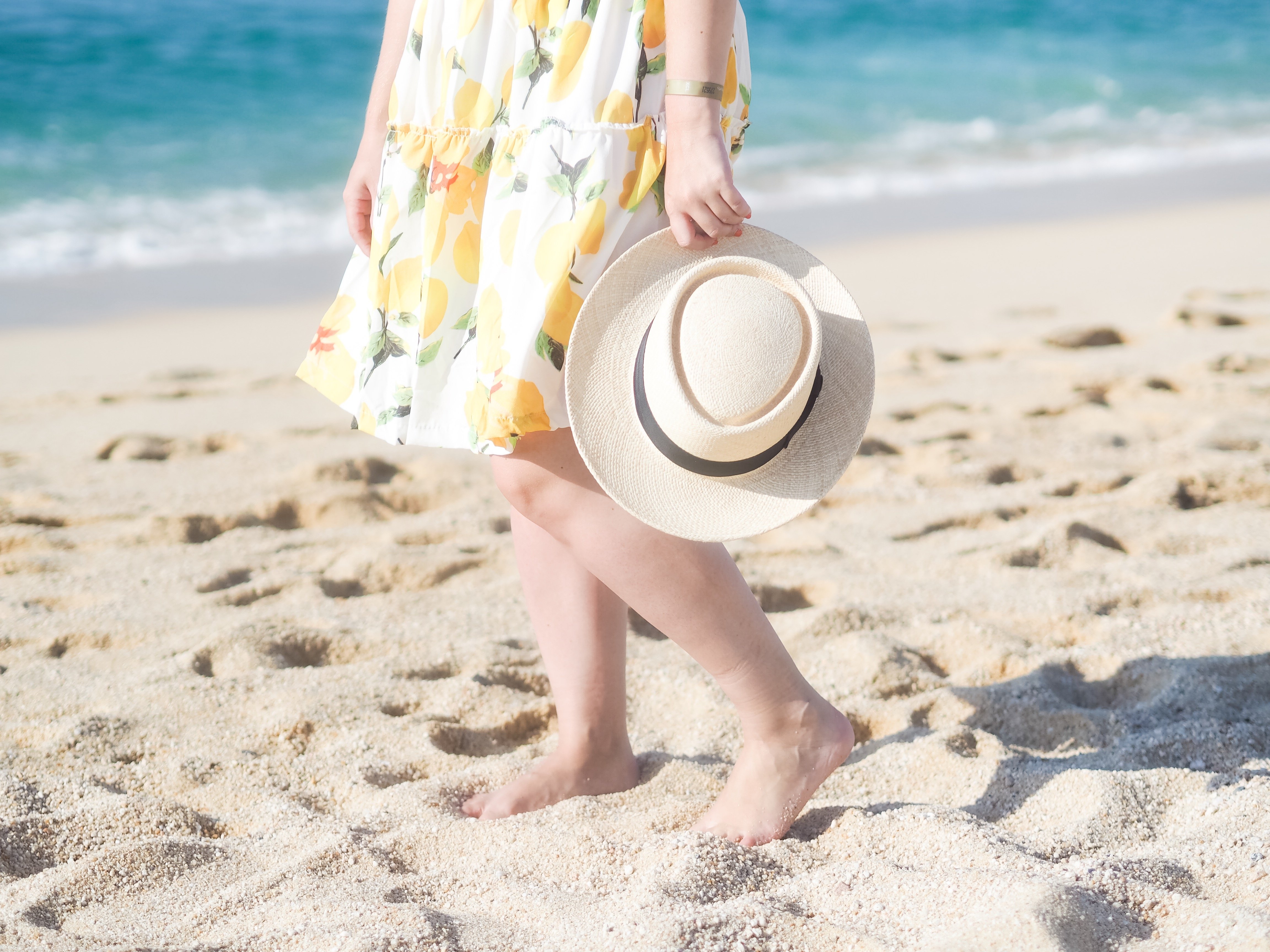 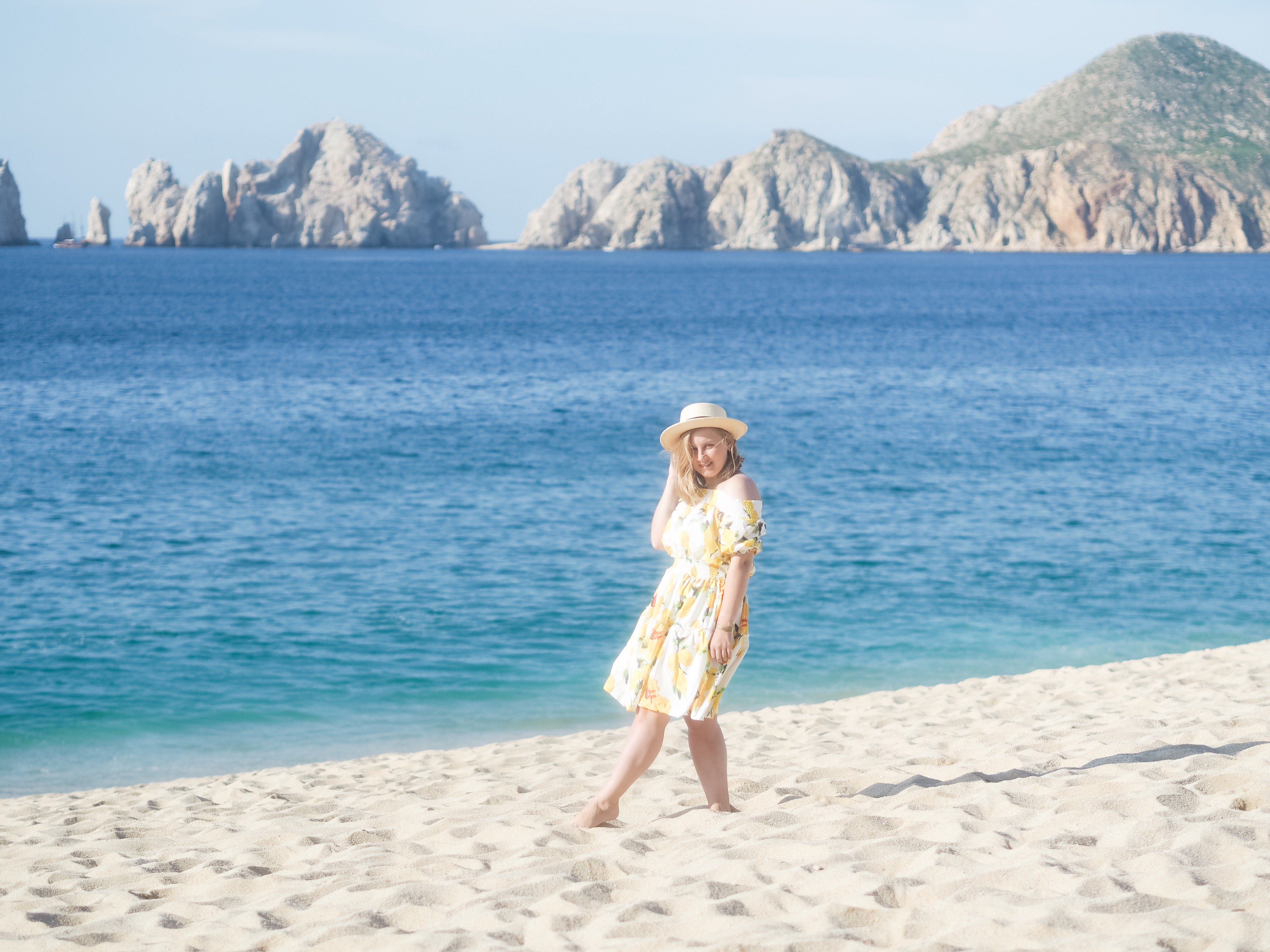 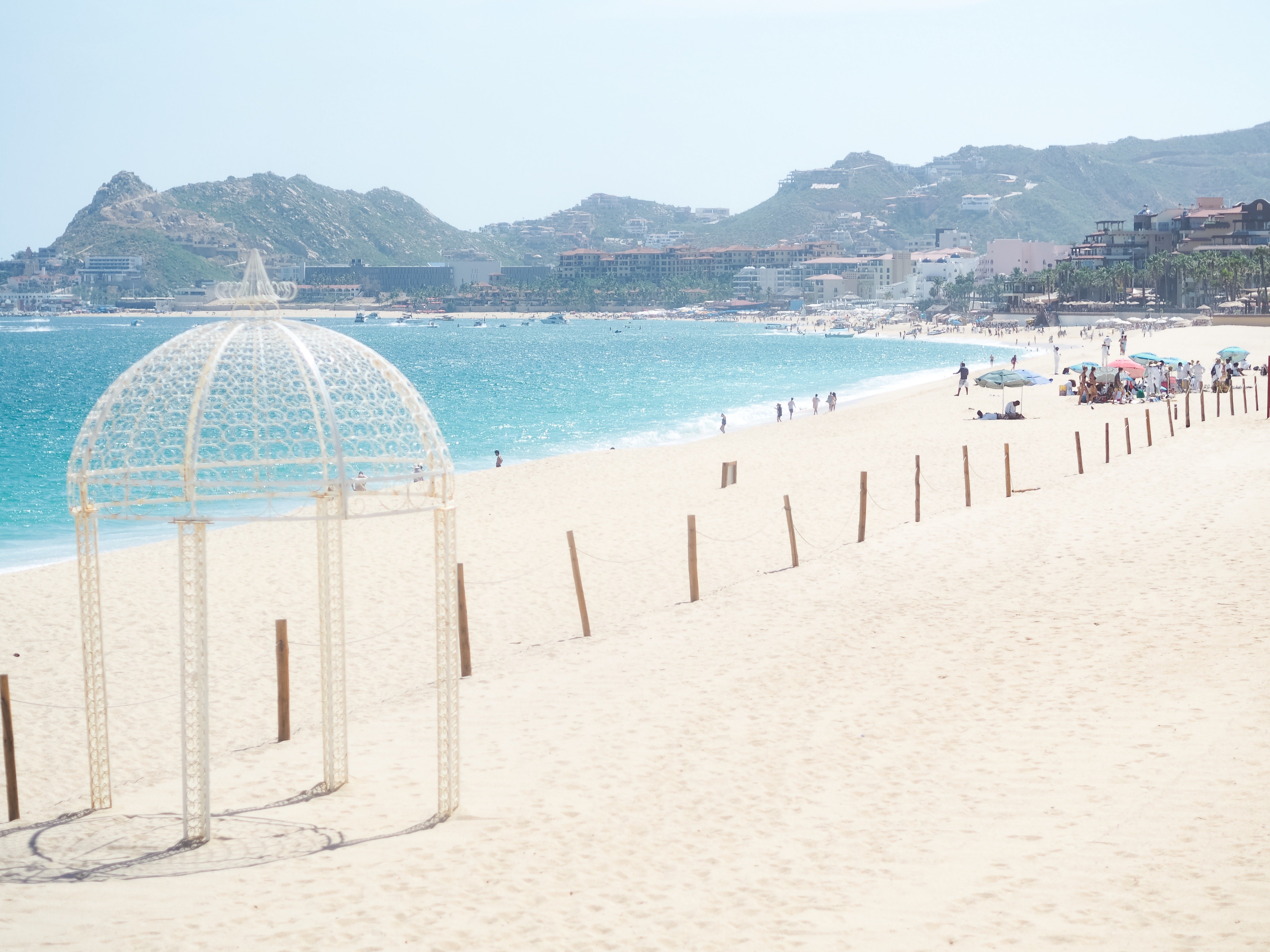 Have you ever been to Cabo? Tell me in the comments below!

5 Reasons to Learn Another Language

Fireworks Night With the Oakland A’s!

3 responses to “Celebrating Our 3 Year Anniversary at Riu Palace!”