10 Yule Holiday Traditions to Do This Year

Yule is on the horizon! With Christmas season and the holidays rapidly approaching, I’m getting my ducks in a row to celebrate my first ever Yule. I’m generally very into the classic Christmastime holidays, but 2021 gave me an amazing opportunity to explore some of my own old English and Irish background. I celebrated my first ever Lughnasa along with Samhain in October. Yule was absolutely a festival celebrated by my ancestors, so this year I’ll be celebrating, too!

Yule this year begins on December 21, 2021. You can absolutely celebrate Yule as a single day, but traditionally Yuletide was celebrated over the course of twelve days. So put up your Yule tree (and maybe toss a Yule log into the fire to ward off unfriendly spirits?) and get ready to cozy in for a perfectly pagan holiday.

I always make a point to say this whenever B&B features any content about seasonal living: you don’t have to be pagan, practice Wicca, or be any part of any specific religion to partake in pagan holidays. What’s so cool about seasonal living is it’s just that – it’s all about the seasons!

B&B has always been my own space to write about the things I love, but with the New Year coming up I’ve had a lot of time to think about what I want this space to be. I really want this to be a place not just to showcase myself, but also to serve as a platform for others to share as well! It’s with that in mind that I invited several contributors to come on board this holiday season.

First up is Angela Myers, a kickass marketing extraordinaire and all around delightful bookish human. 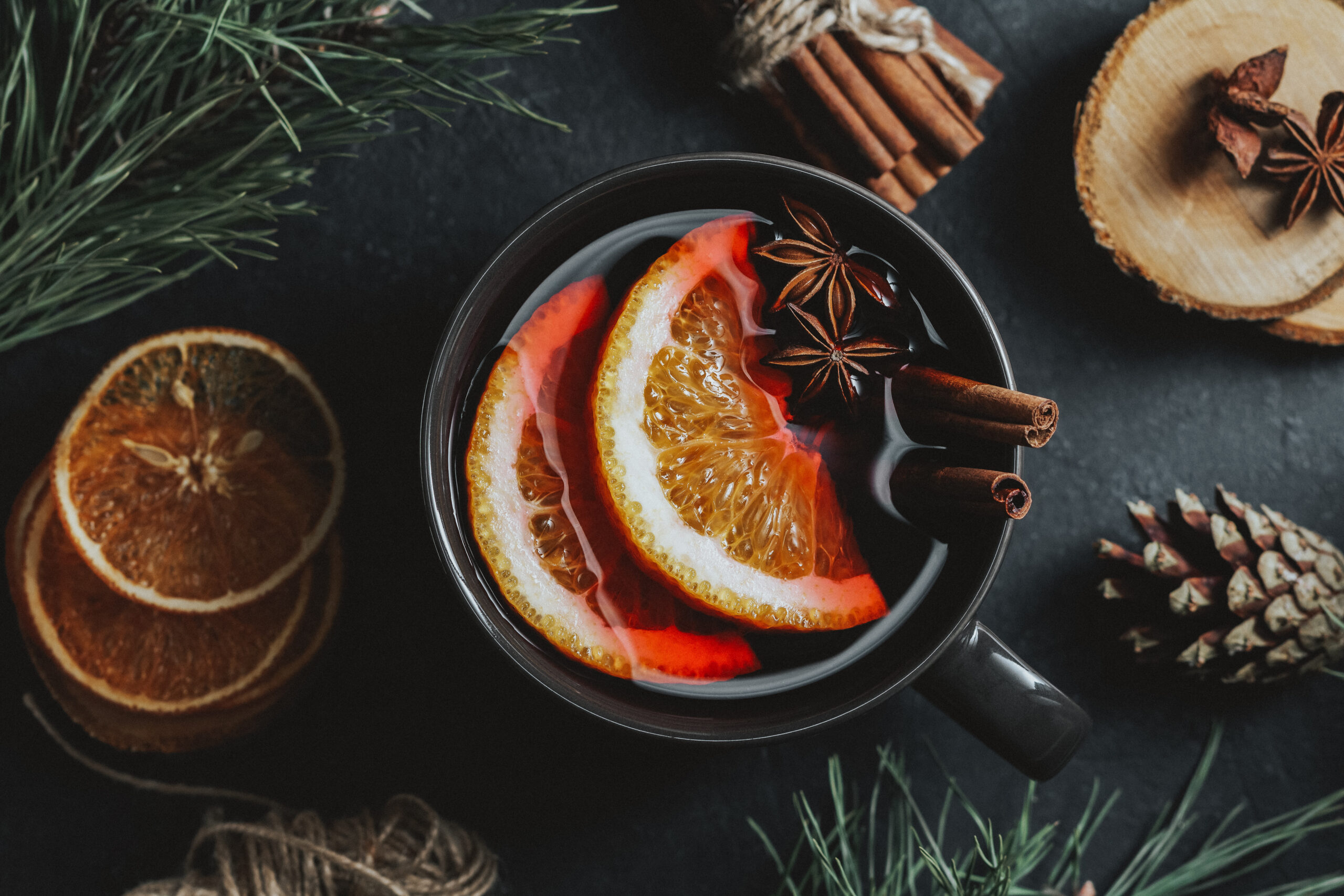 Angela Myers runs a digital marketing agency specializing in social media and SEO copywriting. Along with this, she creates bookish content, provides literary lifestyle advice, and reviews books on her Angela Anne platform across social media. She can usually be found in a coffee shop or bookstore.

Angela doesn’t have her own blog – yet. She runs a digital marketing agency specializing in social media and SEO copywriting. Angela also creates bookish content, provides literary lifestyle advice, and reviews books on her Angela Anne platforms on Instagram, TikTok, and Youtube. She can usually be found in a coffee shop or bookstore.

Long before there was Christmas, there was Yule. Yule is a holiday of Germanic and Nordic origin which celebrates the victory of light over dark. It’s still celebrated by many pagans around the world today. If you want to experience the ancient holiday of Yule, here are 10 traditions to do this year.

Yule is a winter festival that takes place in December (usually December 21st through January 1st) and while there’s still two more months of winter to go, it is about celebrating that the days will become longer again and asking for good health and fortune during the winter months.

I don’t personally celebrate Yule, but it was fascinating to research its customs. In fact, you might recognize more of its customs than you think. If you celebrate a Christian or secular Christmas, many of these traditions are already part of your holiday!

Yule has been celebrated in Europe for longer than Christianity has been a part of European history. When Christianity began to spread, religious officials wanted to find ways to bring pagans into the Christian fold.

Because the Yule holidays were so popular, Christians decided to place the birth of Christ around the same time of the year and adopt many of the Yule traditions. However, they took a different spin on these traditions and many of the original customs were lost for centuries. Some of these lost traditions have started to come back in Nordic areas as people reconnect with their culture.

Here’s 10 Yule traditions you can add to your holidays.

1. Bring in the light

An easy way to bring in the light is to decorate with lots of candles and symbols of the sun king. Christmas lights could also be a modern day alternative, though candles are more traditional.

Beyond the obvious tradition of decorating with light, you could also partake in the bring back a stick tradition, which was most likely an easy way to fight off seasonal affective disorder. Around Yule, folks would go on a walk in the woods and find a stick to improve their mood throughout the long, cold Nordic winters. The walk out in the sunshine had to help improve their moods too!

While Christmas trees are often associated with a Christian Christmas, they are actually pagan in origin. Evergreen trees symbolize eternal hope. Even as all the other trees died in winter, evergreens remained green.

If you want to decorate your tree in the pagan style, there are some traditional Yuletide ornaments you can create. One of the most common ornament types is to get rounded pieces of wood and either carve or paint runes into them.

Some ruins commonly used around this time of year are:

You can also buy ornaments with traditional Yule symbols, such as the sun and the Yule goat.

Yule wasn’t just a time to celebrate; it was also a time to look forward and set intentions for the new year. Many pagans would take this time to plan out their herb garden for the coming year. Because herbs have healing properties, they were sacred to many pagans in pre-Christian Europe.

In modern day context, you might be able to honor this tradition by planting herbs in your temperature controlled home or buying some at the store to season your yuletide feast. Some easy herbs with spiritual meaning to grow include:

During Yule, spirits and gods are closer to humans than during other times of the year. To welcome helpful spirits into your home, consider creating a yule wreath.

Yule wreaths focus on adding elements popular in nature during this time of the year, such as red berries, pinecones, and evergreen leaves. You could also add pagan symbolism to your wreath, such as the sun king or the star.

Wassailing, an early version of Christmas caroling, was going door to door with the traditional cider wassail. You would share wassail with your neighbors and perhaps sing a carol in exchange for gifts.

To make your own wassail you need:

The wassail can be made in five easy steps:

For more in-depth directions and where I got this recipe from, check out the original recipe.

6. Do a Yule meditation

Yule is a great time to reflect on the past and look towards the future. Because of that, pagans often devote time during the celebrations for meditation.

For those who aren’t fans of guided meditation, you could set aside some quiet time to journal or practice some other form of reflection.

A main part of paganism is the worshippers’ connection to nature so lots of natural elements are used in their decor. This can include:

8. Start planning for warmer days ahead

Planning for the new year is a part of the Yule celebrations. In fact, the modern concept of New Year’s Resolutions come from the pagan traditions of setting intentions for the new year during Yule!

You can even dive further into the magic when planning by doing a tarot spread about your new year. An easy one card tarot spread can help you set an intention or answer a specific question about the new year!

Many of us are familiar with Christian and secular Christmas songs from Silent Night to Rockin Around the Christmas Tree.

But if you’re anything like me, you’re less familiar with Pagan Christmas carols.

While many Pagan Christmas carols aren’t as upbeat as the songs on TikTok, they can help create a calming, cozy atmosphere for the holiday season.

The best place I found for listening to pagan Christmas carols was Spotify, where I found a couple good playlists, such as this one.

You can play these carols in the background of your yuletide feast or play them on a speaker if you decide to go wassailing!

10. Refresh and renew your home and body

Renewing your home doesn’t have to wait until spring cleaning! Yule is a season for reflection and setting new intentions, so it’s a great time to refresh your home and body.

Take the time to clean your home and declutter anything which no longer brings you happiness. This prepares your home for the new energy and intentions of the upcoming year.

Along with refreshing your home, it’s also a great time to renew your body with some self care. Whether this looks like a bubble bath, a massage, or a yoga class, invest in yourself this holiday season.

Today, the holidays can often be a stressful time, but a traditional Yule is about relaxation, not rushing from Christmas party to Christmas party. Take some time for you this holiday season.

While many of the traditional Yule activities, such as decorating with lights or putting up a Christmas tree, have followed us into the new era, there’s a lot of traditions which have been lost to time. Even more important than the lost traditions is the missing essence of Yule: a slow, cozy time to celebrate hope and the upcoming year.

Yuletide celebrations are about slowing down and savoring the holiday season, a welcome change from the crazy hustle of the modern Christmas. Even if you don’t celebrate a Pagan yule, we could all use a slower holiday focused more on creating memories with loved ones than on consumerism.

If you want to learn more about traditional Yule foods, decorations, and gifts as well as the history of Pagan Christmas, check out our full guide on how to celebrate the Pagan Christmas holiday yule.

We here at B&B wish you a very merry Yule this year! If you’re celebrating Yule 2021 drop your tips, tricks, and holiday spirits into the comments below. Happy Yule, ya’ll!

My Top 5 Takeaways From Reading “White…