The Best Halloween Movies on Disney Plus

I’m a Disney fan all year round – but I definitely count down the days until Halloween movies on Disney Plus make their October debut. Nothing says cozy Fall aesthetic vibes like a spooky season movie marathon. I’m not really into true horror films – I just like the spooky season vibes without the scary movies! LOL.

If you’re like me and love the Fall, Halloween, witchy movie vibes – without the real spooks – this list of the best Halloween movies on Disney Plus is for you! 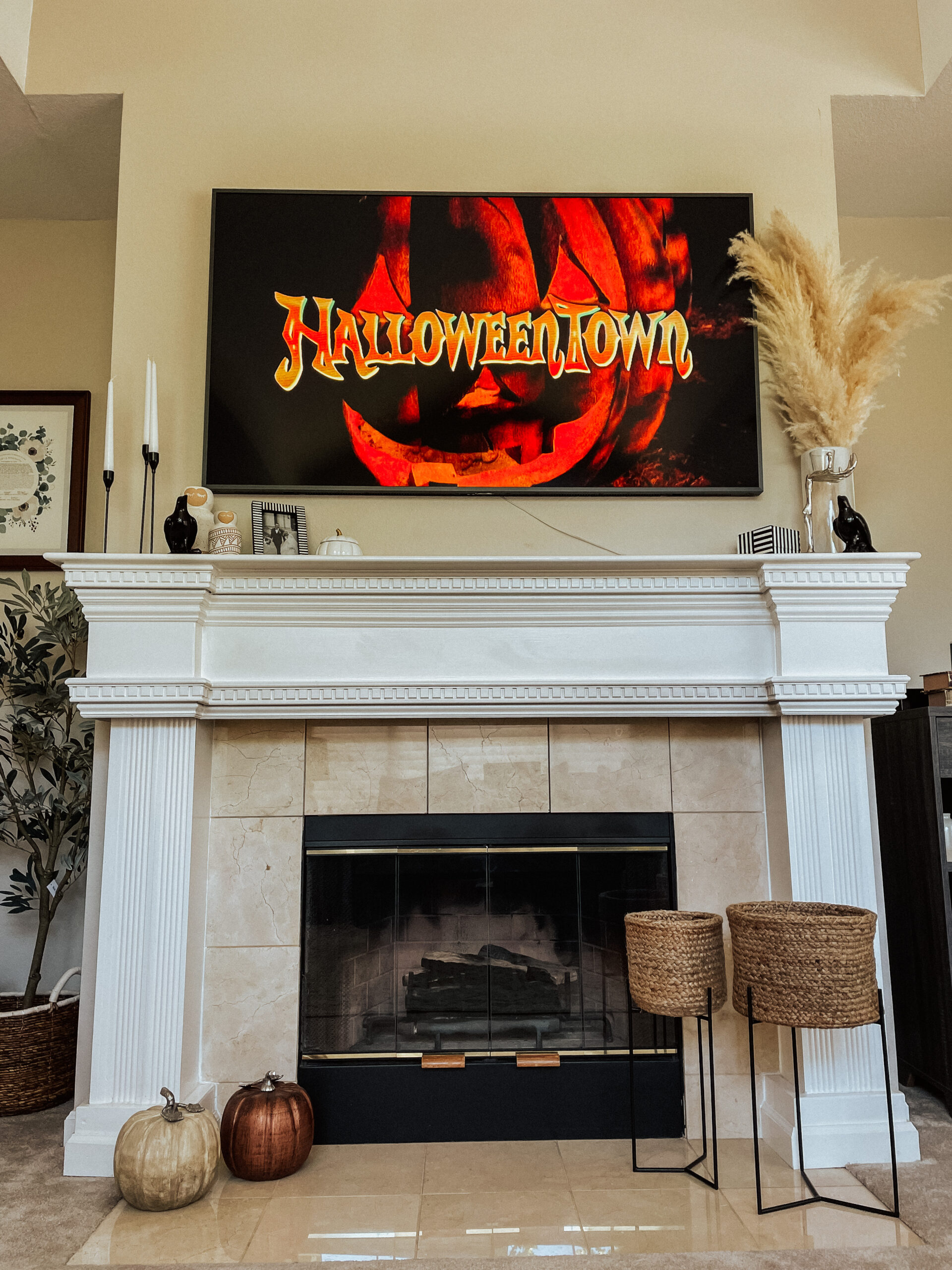 Halloween movies on Disney Plus in 2021

Is it even October if you don’t binge watch Hocus Pocus at least ten times? We all know and love this spooktacular tale of the three Sanderson sister witches come back to life. There’s a reason this movie is much loved – it’s family friendly, it’s spooky in all the right ways, and it’s delightfully funny and charming.

The Haunted Mansion was inspired by the ride at Disneyland, giving a nod to many of the ride’s most loved features. Even though this movie is perfect to get adults in the Halloween spirit, it’s also appropriate for kids. Eddie Murphy makes Halloween less scary and more hilarious.

The Halloweentown movie series was a wild hit right from the start. Halloweentown itself is a Disney Channel Original Movie, originally shown as one of the many movies Disney put on TV rather than straight to a box office. I used to wait every year for spooky season to get to watch Halloweentown! Halloweentown II features all the same original cast as Halloweentown.

Come on. We all know this Tim Burton Halloween CLASSIC. In this film we’re introduced to a world where holidays have their own worlds! Jack Skellington is bored and looking for a change. He tries to take over Christmas. A nightmare before Christmas ensues.

Maleficent isn’t technically a Halloween movie, but it is magical, a little spooky, and very fantastical. Disney has been spending more and more time telling the stories of some of the most well known villains from our childhoods. Maleficent is a really interesting peek inside what makes this “evil” fairy queen tick.

Maleficent is also an amazing option when it comes to Halloween costumes! If you’re looking for costume inspiration and ideas, look no further than this fun film.

The Adventures of Ichabod & Mr. Toad

When it comes to family Halloween movies, this one is a true classic. This cartoon tale has been around for decades and reeks of Fall nostalgia. Again, not a traditionally “Halloween movie” – but perfect for an October movie marathon nonetheless. Add this one to your list of classic Halloween movies for the whole family.

Love Halloween? Love dogs? Love Mary Shelley’s Frankenstein? Boy, does Disney Plus have the film for you! Frankenweenie is the retelling of Frankenstein, but in dog format and with a little extra flair. I love the art style of this film. Even for a Halloween tale, it’s sickeningly sweet in all the best ways. When it comes to Halloween movies for kids, Frankenweenie is a perfect pick.

Monsters Inc is one of my favorite Disney Pixar movies of all time. I just love this tale and all its characters. This one may not be Halloween themed, but the spooky and sweet monster cast will have you feeling all the October feels.

Halloween, but make it comedy. Under Wraps is a must watch when it comes to Disney Plus Halloween movies that add a little laughter to your life.

Guys do you remember Air Bud?! Talk about a throwback. Spooky Buddies is a puppy-filled, Halloween themed movie that is so cute it hurts.

A regular high school. Zombies. I mean really what more could you ask for when it comes to Fall movies on Disney+ Plus.

This movie follows the story of the daughter of two monster hunters. She’s now got a monster of her own to take on. Also I swear when looking at the movie poster I saw a Sprouse twin so count me in.

SISTER SISTER! But make it Halloween. Twitches and Twitches 2 are must watch movies from the Disney Plus Halloween collection. Packed with sisterly love, family values, and a little bit of magic.

Mom’s Got a Date With a Vampire

The title says it all. What I miss the most about early 2000’s movies is just the sheer silliness of it all. I love this very simple premise of mom literally has a date with a vampire – what now?! This isn’t exactly a classic when it comes to Disney Halloween movies – but it’s definitely worth the watch.

Don’t Look Under the Bed

This 1999 flick follows a teenage girl, Frances, and her story of being framed for various pranks the Boogeyman is actually responsible for.

Phantom of the Megaplex

Straight up, I had to google what a megaplex even was. Apparently it’s an old school movie theater chain. And in this movie, a phantom is haunting it! Threatening to ruin a premiere, no less.

Scream Team is a 2002 film that mixes comedy with fantasy. Ian and Claire Carlyle discover that ghosts really do, indeed, exist.

Based on the posters for these films, I’d say this falls under the category of Disney scary movies rather than whimsical and fantasy based. The poster was a bit spooky! Mr. Boogedy is about a New England family who learns their home is haunted.

The Ghosts of Buxley Hall

A TRUE classic when it comes to Halloween movies from Disney. This Mickey focused feature is all about Mickey telling his nephews scary stories. This one is a short, quick watch – so an easy one to enjoy!

Seeing Star Wars and Halloween come together is a match made in Heaven for me. A little Lego action? Sure, I’ll take it. Poe and BB-8 are drawn into Darth Vader’s castle after crash landing on Mustafar.

I’ll admit if I’m choosing from Disney Halloween films, I’ll probably pick the original Haunted Mansion movie every time. But if you’ve got kids on the younger side who love the Muppets, you really can’t beat this spooky season kid-friendly flick.

Get it? Growing pains? Lol. Val Garcia is half-human, half-vampire, and she has to keep her identity a secret from both worlds. Worlds collide when her human best friend shows up at her monster school.

James and the Giant Peach

This tale is so twisted, odd, quirky, and lovable. Kids and adults alike will fall in love with the story of James and his adventure sailing across the sky in a giant peach.

Add to your Disney villain movie marathon (remember Maleficent!) with the newest of the Disney Plus original movies, Cruella. Emma Stone crushes this role, the fashion is amazing, and most of the scenes take place on foggy British nights.

Aliens respond to a dissatisfied teen’s plea to escape from planet Earth. But like, did he think all aliens were of the friendly variety?

Jake’s grandfather leaves clues to an otherworldly mystery – and on the journey he finds a magical school. Each resident has a special magical power and many enemies. If you’re a reader, this one’s based on a book!

Meryl Streep, Emily Blunt, and James Corden star in this tale of a family that ventures into magical woods and meet a magical cast of characters to boot.

The poster for this one reminded me of High School Musical a little bit – which apparently makes sense because this is a Kenny Ortega film! In present-day Auradon, Ben, the benevolent teenage son of King Adam and Queen Belle, offers a chance of redemption for the troublemaking offspring of Disney’s classic villains: Cruella De Vil, Maleficent, the Evil Queen and Jafar.

Add this one to your must watch list if you’re a fan of classic Halloween movies on Disney plus. You’ll catch plenty of Mickey, Donald, and Goofy! Four bored ghosts in a haunted house play a series of mischievous pranks on Mickey Mouse, Donald Duck, and Goofy. 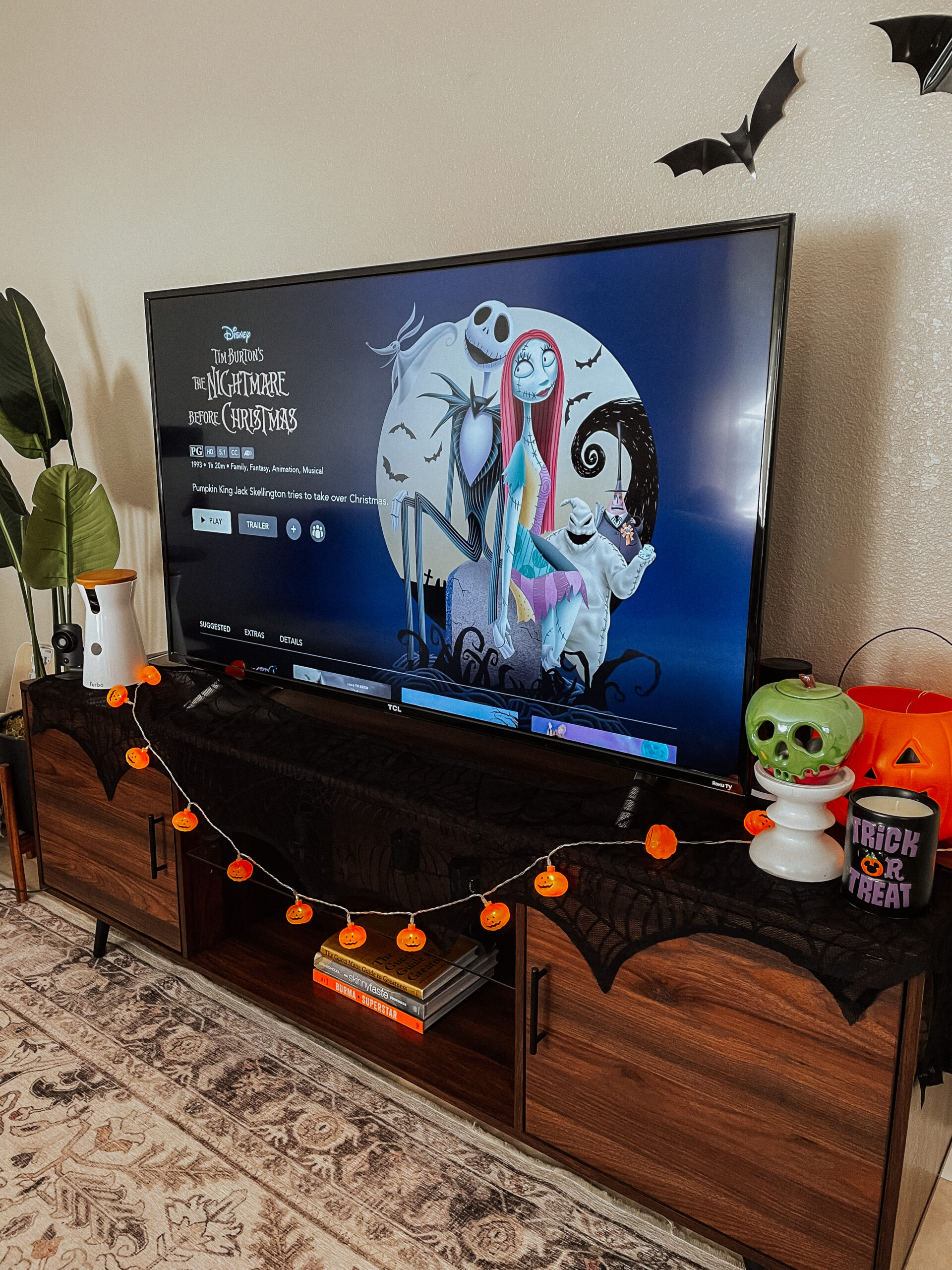 Halloween shows and episodes on Disney Plus

Not in the mood for a big commitment? Instead of Halloween movies on Disney Plus, check out the below spooky season shows you can find on the platform!

What Halloween movies on Disney Plus will you be watching this year? Share in the comments below!

The Story of my Quarter Life Crisis

How to Start an Online Book Club

How to Have a Perfect October

How to Find Your Personal Style

How to Choose a CSA: Your Complete…