The Dior Book Tote has long been on my bucket list of bags. I mean, it’s clear I love a tote bag in general. From the Cuyana totes to the Neverfulls, tote bags are just so undeniably functional.

But the Dior Book tote rings in at several thousands of dollars for various prints, patterns, and sizes. I don’t know about you – but I personally can’t justify the spend. Even though every single Dior Book Tote review is glowing, it’s just so expensive. Too expensive.

So naturally I went on a hunt for the perfect Dior Book Tote dupe and found one in the Marc Jacobs Traveler Canvas Tote. 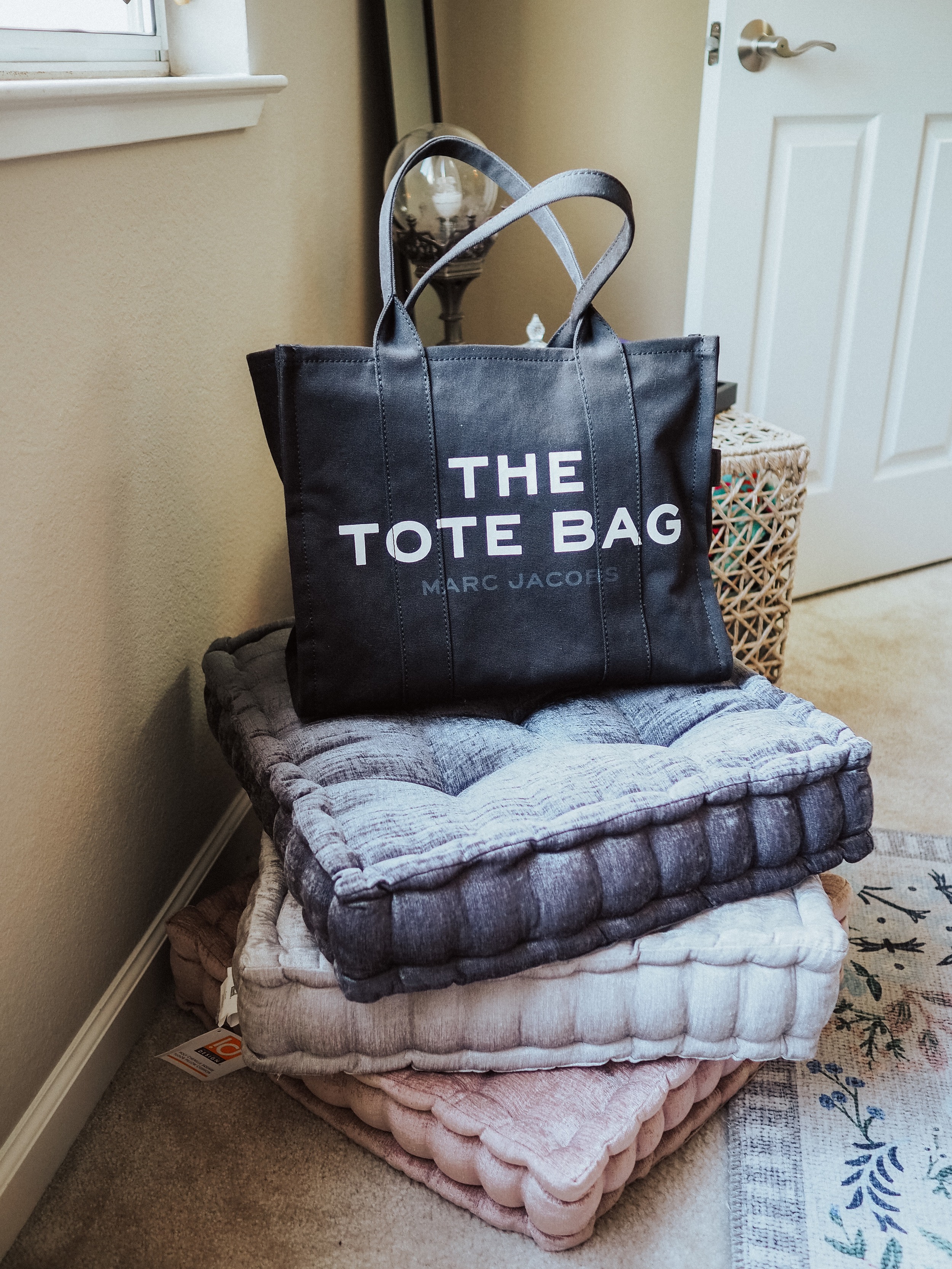 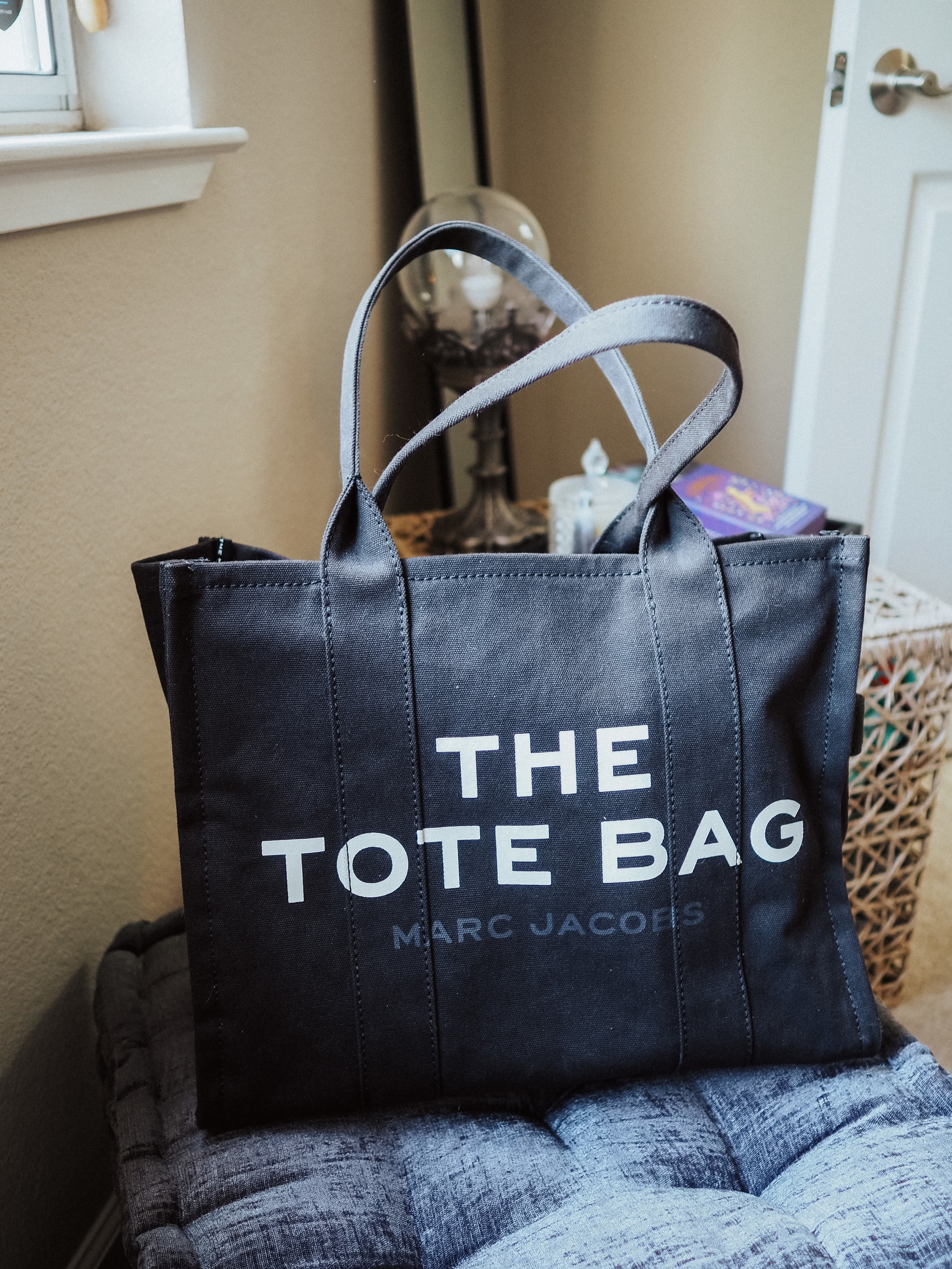 What makes the Dior Book Tote so popular?

Large, canvas style structured totes have been raging in popularity as of late. From the Saint Laurent Rive Gauche tote to yes, the Dior Book Tote, popular designer bags have become a little more casual looking.

Personally, I think why large, structured canvas totes are in style right now is because the world is begging for a little more function than fashion. 2020 was one of the toughest years on record for a great many people – and a bag that can help you get through a busy day is probably preferable to a less than functional small clutch. The house of Christian Dior launched the Book Tote before the pandemic, but its undeniable function as an everyday tote has become arguably a style staple (joining the list of must have designer bags right up there with the likes of the Neverfull).

Another design aspect of the Dior Book Tote that has made the bag surge in popularity is it takes the standard, boring, basic tote and makes it unique. With exclusive patterns and prints, an option to customize the bag, and various collections to choose from – the Dior Book Tote is a much upgraded version of any basic canvas tote bag. 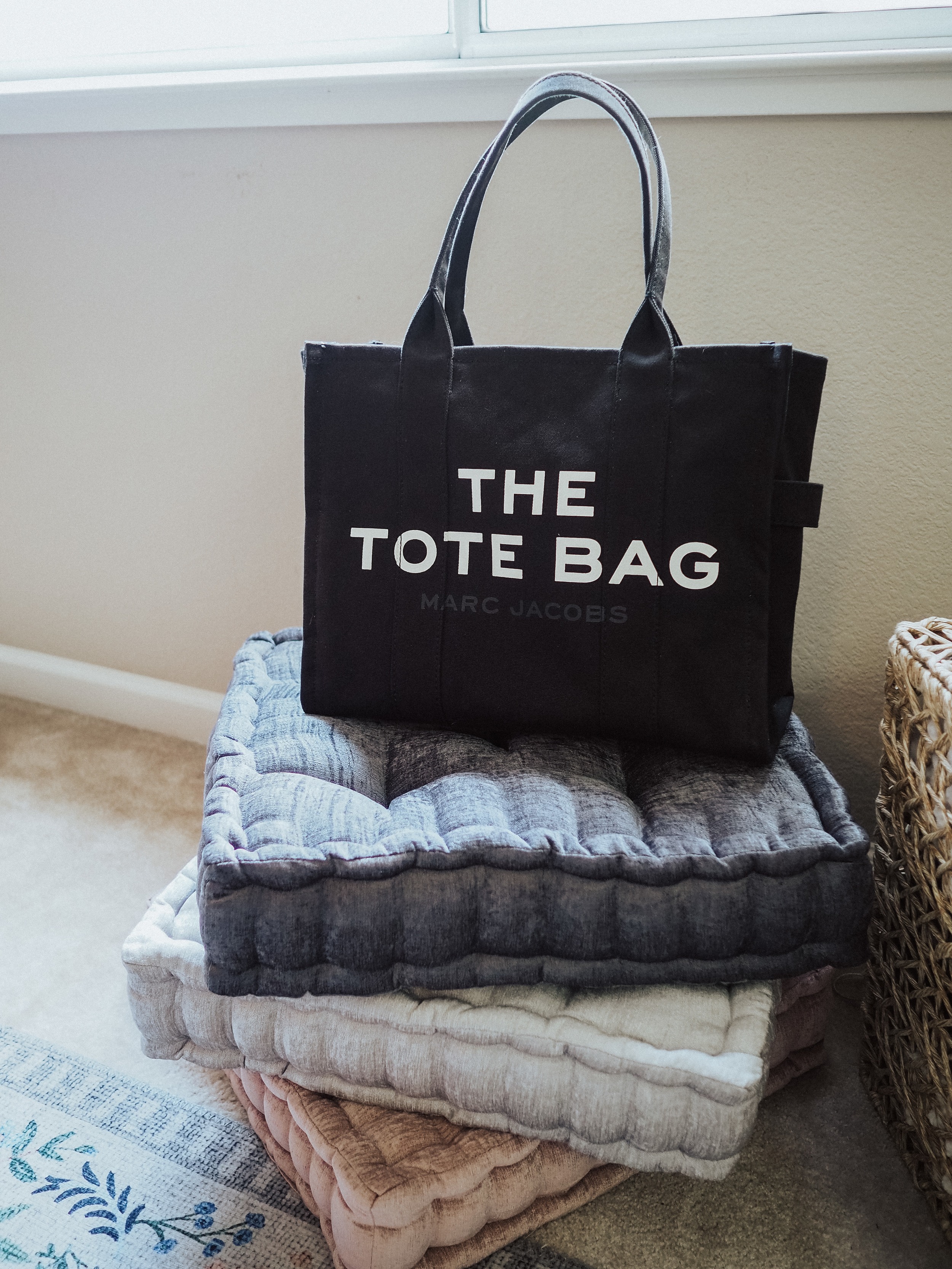 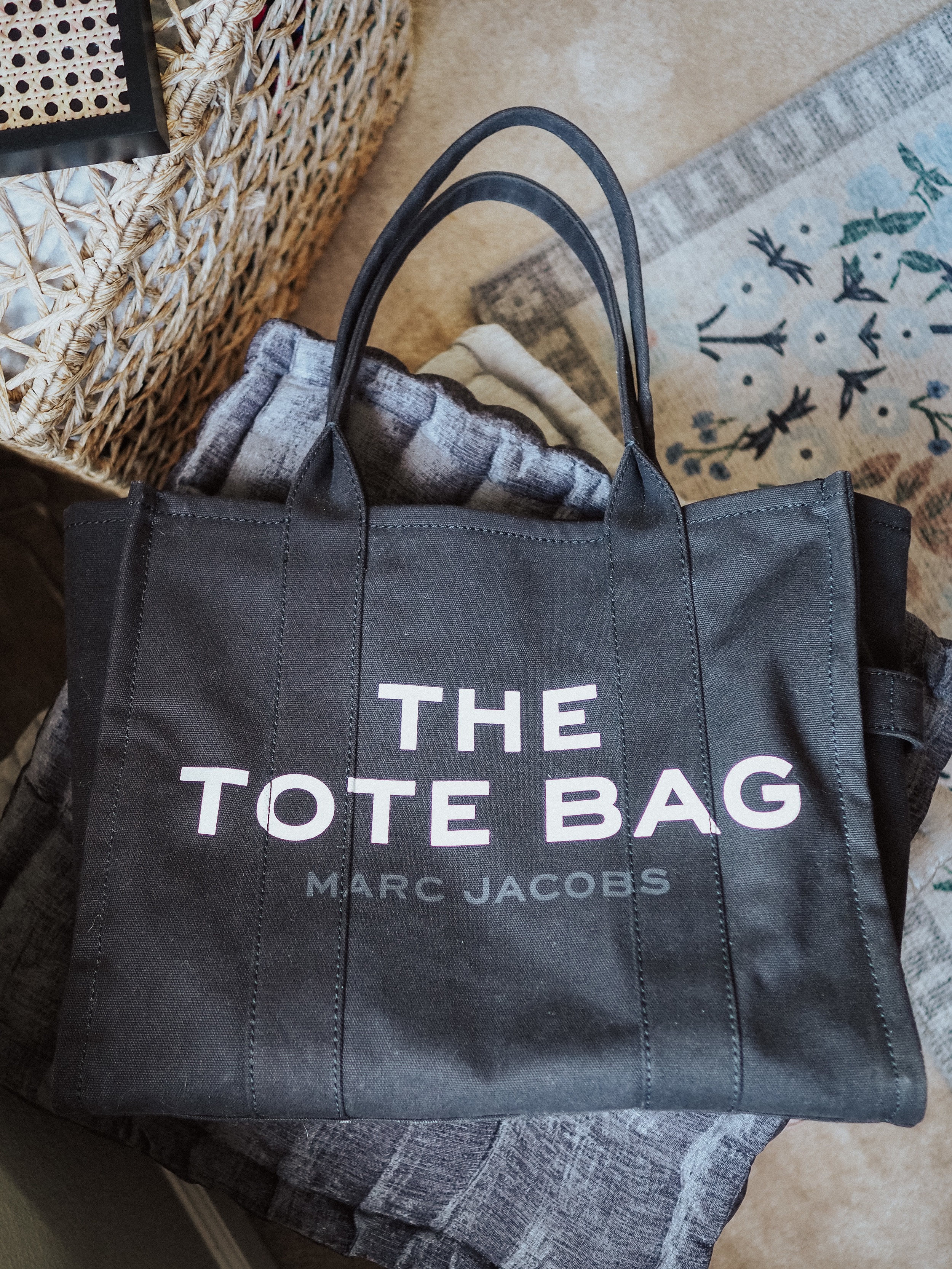 The biggest cons of the Dior Book Tote.

I don’t own the Dior Book Tote – as much as I love the bag – for a few specific reasons.

The Dior Book Tote, like the Louis Vuitton Neverfull, is a giant, gaping, open tote bag. The bag is designed this way. This design is intentional – but it isn’t as functional as it could be. I get it, zippers aren’t very high end or chic looking. But man, does having a zipper closure at the top of a tote bag add a ton of function and security. The top zip is why the Longchamp Le Pliage, for example, is so popular (makes for an amazing commuter or travel bag). The lack of top zip on the Neverfull is often one of the biggest complaints about the bag that I see (people are often afraid it’s a bag easy for pickpocketing).

The lack of zipper on the Dior Book Tote makes the bag look sleek and chic – but it also makes the bag less than ideal for travel, shopping, or commuting. It’s just lacking in security. I really don’t want my items spilling out of my bag when it inevitably falls over in the car or on a plane. I also don’t want to invite strangers to see the contents of my handbag (or steal them) with ease.

The price of the Dior Book Tote is astronomical. The large, standard size of the tote often rings in above $3,000 USD full price. Even on the pre-loved market, the tote can average over $2,000. This bag ain’t cheap. I have an affinity for designer bags, but I personally can’t understand why this bag costs what it costs. The Book Totes are made in Italy and many have full embroidery (such as the Blue Dior Oblique style) – but even with these considerations I can’t fathom how the $3,000 price is justified.

And for the record, I have my B.S. in Apparel Merchandising. The costing of this bag only makes sense because of its brand name. So while I’d personally love this bag as an overly extravagant gift – I’m not sure I could ever justify buying it myself. I love accessories like no other, but even I have my limits. Someone call me as soon as Dior tote bags go on any kind of sale, please. Because I really can’t stomach the Christian Dior tote bag price.

Why buy a dupe rather than a replica?

Replicas, counterfeits, and fakes are terrible for the environment. Full stop. Replicas are also terrible for designers and the garment labor industry. Because counterfeits are fake, they’re promoting the theft of intellectual property. Designer counterfeits are illegal in many countries, which also means they’re being produced in unregulated factories where labor abuse is free to run rampant. When you see a social media influencer promote a “dupe” they found on Amazon that looks suspiciously like the real designer item it’s knocking off (same designer logo, for example), run for the hills and unfollow that influencer immediately. Many influencers love to use the word “dupe” liberally, when often they’re promoting straight up counterfeits.

Dupes resemble the original designer item in fabrication, shape, and style, but are not copies of the original. Trust me, I know that the Dior Book Tote price is a tough pill to swallow. But if it’s not in your price range – like how it isn’t in mine – don’t stoop to buying a fake. Buy a well made dupe instead. 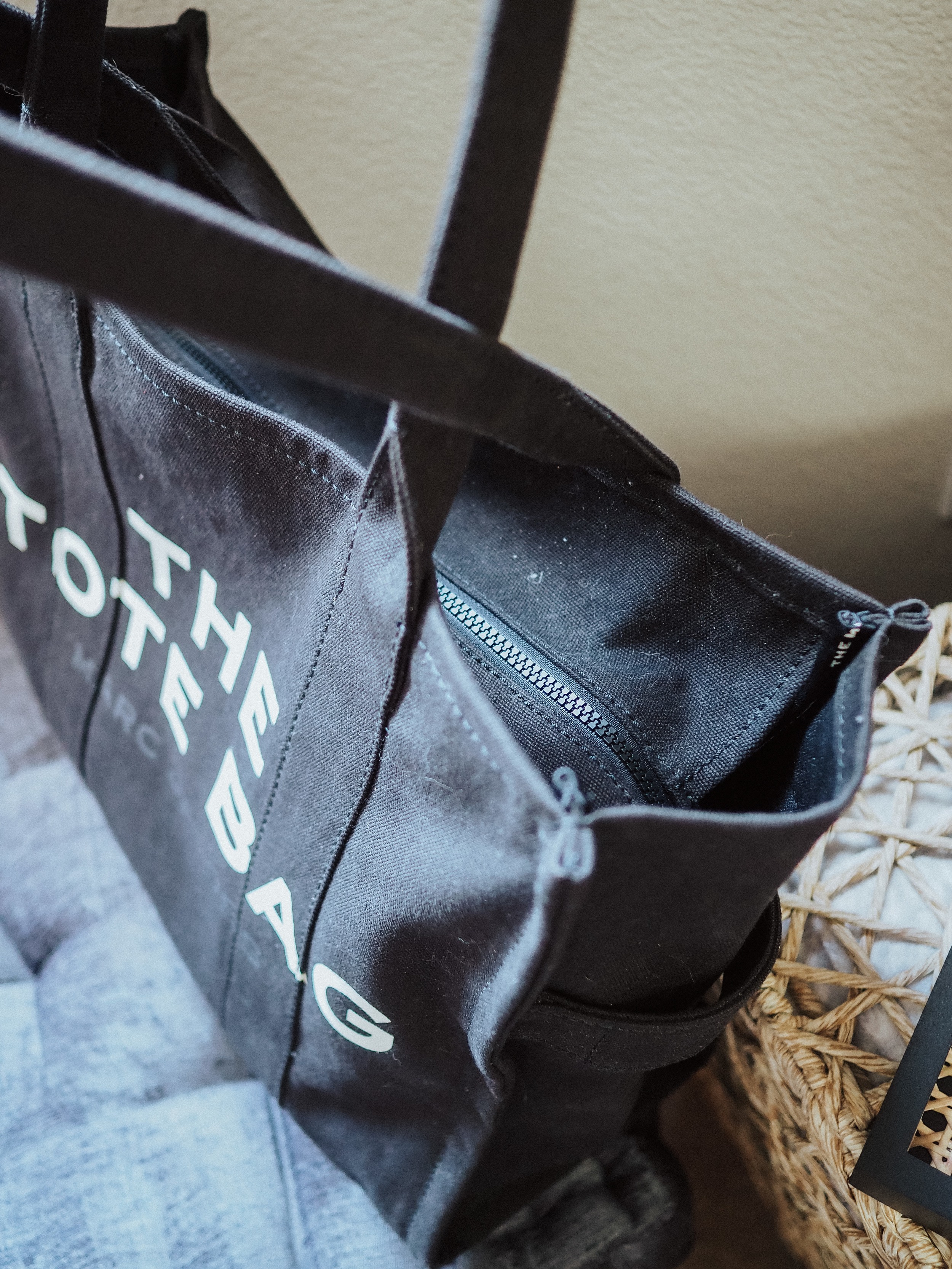 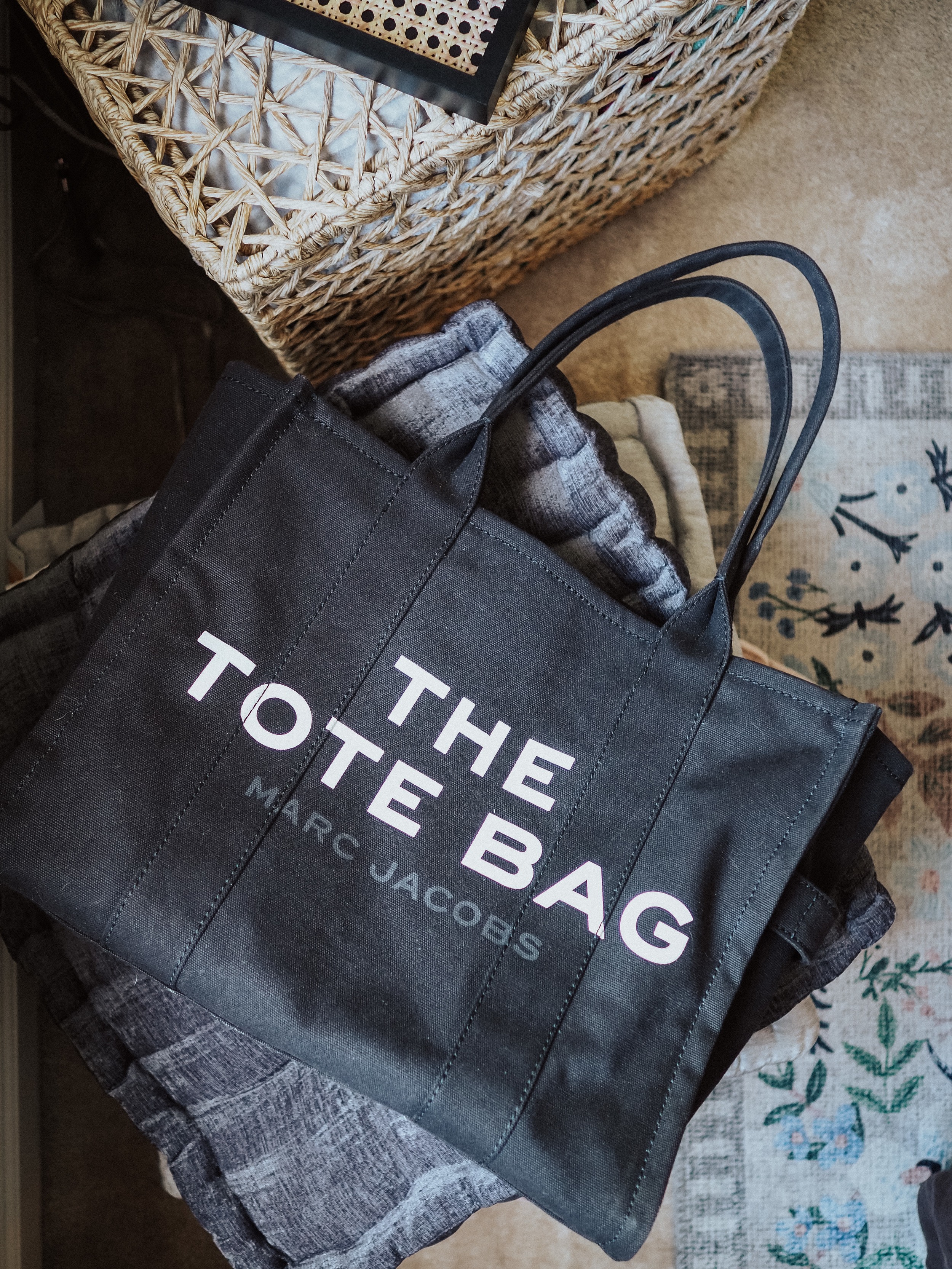 All the details of the perfect Dior Book Tote dupe.

I love that the Marc Jacobs Traveler Canvas Tote actually comes with a top zipper! When I’m using this bag as a travel bag, packed to the brim with my personal items, I feel safe knowing that things like my skincare or beauty items won’t come rolling out if the bag tips over in a car or on a plane. First and foremost – this bag is secure. While it may not have quite as chic of a look as the Dior Book Tote, it absolutely beats the Book Tote when it comes to function.

Not as *designer* as the OG Book Tote.

I mean, who can deny it. The Dior Book Tote looks expensive. Admittedly, the Marc Jacobs Canvas Tote doesn’t look as designer or as pricey as the Book Tote (because it isn’t). If you’re after that super luxe look of a fully embroidered Book Tote, you won’t be satisfied with the Marc Jacobs dupe. However, if you’re really just in love with the tote bags for books kind of style (rectangular shape, canvas, etc), the Traveler Canvas Tote makes for a great dupe even if it isn’t as “fancy.” 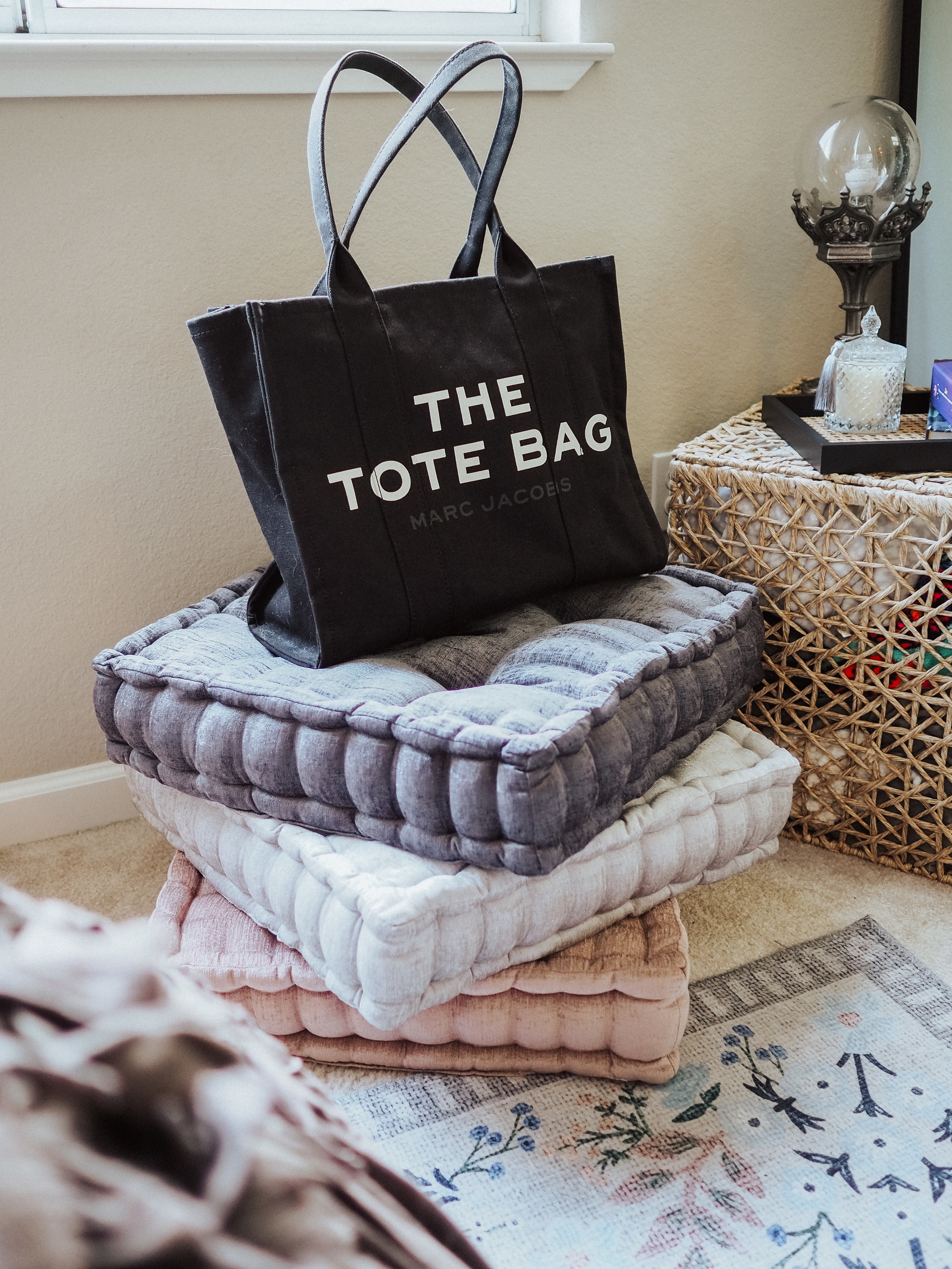 I honestly can’t think of any other cons of this bag. The Traveler Canvas Tote is such an amazing Dior Book Tote dupe, it’s satisfied my ache for the real thing.

What’s your favorite Dior Book Tote dupe? Do you own the Book Tote and love it? Share your thoughts in the comments down below!

previous
How to End a Friendship

Faux Fur for the Holidays